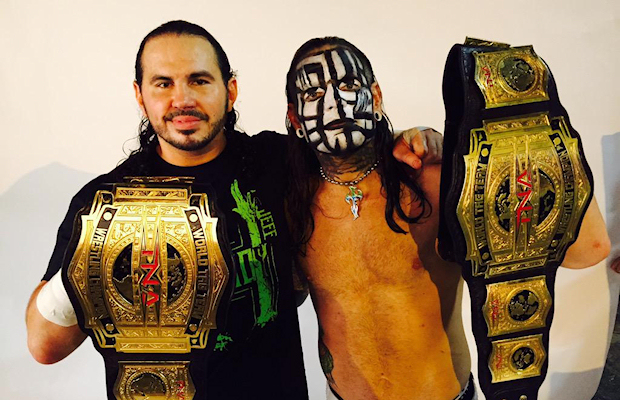 Time away has done @VelVelHoller some good. Looking good girl!

– Due to Jeff Hardy’s leg injury, The Hardys are vacating the TNA Tag Team Titles. There will be a Best of 5 Series with The Wolves taking on Austin Aries and Bobby Roode now that Eddie Edwards is back. The winners will be the new TNA Tag Team Champions. Dixie tweeted the following on the tag team situation:

Hate to see #Hardys have to vacate but the #BestOf5 between #Wolves and #DirtyHeels will be epic. TNA is Tag Team wrestling at its best!