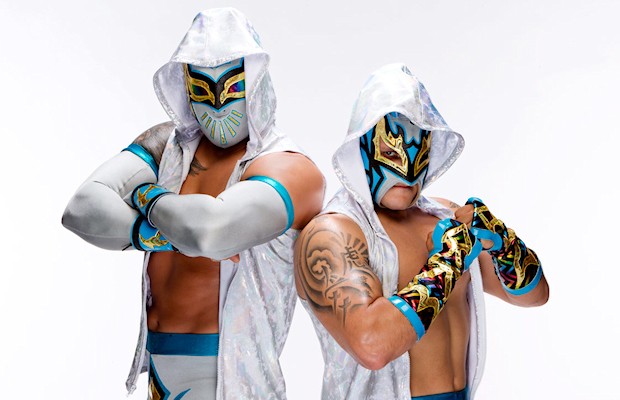 – In this new video from Title Match Wrestling, WWE Hall of Famer Ted DiBiase talks about working in Houston, Texas for Paul Boesch and credits Bruce Prichard with giving him a big break early in his career.

– We noted before that Chris Jericho was at the NBCUniversal Summer Press event in New York City today. The Bella Twins were also, as seen in this photo:

– “The Lucha Dragons” Sin Cara and Kalisto are currently in Mexico doing promotional work for WWE. Here they are signing merchandise earlier:

Related Items
← Previous Story The Great Khali Talks to Chris Jericho About How Much Longer He Plans on Wrestling, His Health, More
Next Story → Hulk Hogan on If Hulkamania Had Today’s WWE Tools, How Wrestling Training Has Changed, Politics