Home / Wrestling News / WWE News / The Patriot on His Past Drug Use, Jim Ross and Vince McMahon Helping Him, Getting Clean, More

The Patriot on His Past Drug Use, Jim Ross and Vince McMahon Helping Him, Getting Clean, More 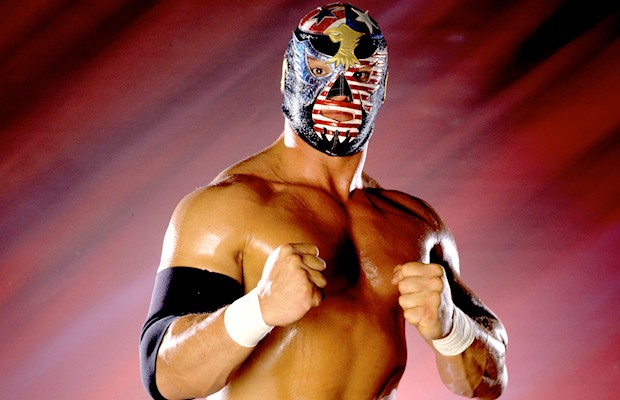 – The latest episode of “The Steve Austin Show: Unleashed” features a very open interview with former WWE Superstar “The Patriot” Del Wilkes at this link. Courtesy of my friend Mark Adam Haggerty, below is a recap of Wilkes discussing his drug use and how his life is today:

Del says that he was taking an average of 120 pain killers a day, and that doesn’t count the somas, Xanax, or various other drugs he’d use to calm down and get to sleep at night. Del says that he was only dealing with over-the-counter drugs during the early days of his career, but was “smartened up” to prescription medication by the late “Mr. Perfect” Curt Hennig. Del describes painkillers as euphoric; he was hesitant about getting into painkillers initially, because he felt like they’d make him stupid and groggy, but they had the opposite effect. “It feels like ROCKET FUEL,” the Patriot told the Texas Rattlesnake.

Del says that he developed a dope sickness that caused him to change his priorities and way of life. He says that he was able to tell exactly what sort of pills his colleagues were carrying, just based on the rattle he heard from inside their bag. He says that when he’d ask someone for a few painkillers to get by, he would be almost offended when they handed him 5 or 6, because he was use to taking 15 at a time. He began getting Xanax and Somas from Mexico without a prescription, and says that he would have rather forgot his boots and his mask, than his medicine bag.

Del learned to “speak doctor”; he was so used to hearing his doctor call in prescriptions, that he began to do it himself. He learned the cadence that doctor’s would use, he stole his physician’s ID number, and made the rounds to a number of difference pharmacies in the Columbus, South Carolina region. He says that once he called the ‘script in, he’d wait in his car or walk around the store for 20-minutes to an hour, just to make sure everything was on the up and up.

Del describes his relationship with his ex-wife, and says that she found him on the ground with the “Soma Shakes” from time to time, and finally had enough during a drive to the airport. Del says that his regular routine before flying to Japan was a night of excessive partying wherein he’d drink and snort himself into a sleep on the plane the next day. One such time, he happened to be running late, and had to stop at “six or seven” different pharmacies to acquire all of his medication. He was in the passenger seat, and his wife was driving. Del, coked out of his mind and fiending for ‘scripts, told his wife that she wasn’t driving fast enough and decided to inject himself with testosterone in the meantime. He hit a blood vessel with the needle and squirted a trail of blood directly into his wife’s face. She pulled the car over and told him that normal people don’t live like that. Del’s reaction at the time was: “What? Is it that time of the month or something? Why are you in such a bad mood?”

Del says that it would take quite a bit to get him to sleep, especially when he was in Japan. He would consume six to eight sticks of Soma at a time, and go through “every beer in the refrigerator,” and still couldn’t sleep. While Del definitely drank, he tried not to all too often because he didn’t want the alcohol to impact the medical buzz he was receiving from the pills. After leaving the industry, Del got into GHB thanks to a female bodybuilder he was dating. He says he didn’t like the GHB however, because it caused him to do “stupid things,” like rearrange his house. And then he’d wake up in the morning to find his “tennis shoes” in the fridge.

Steve asks Del if he was ever into cocaine; Del’s response: “Heavily.” He says that he was always into coke, especially during the 17-days off he had between Japanese tours. He would go to any number of local bars, but had a particular favorite in Columbus, owned by a personal friend. There he would remain from sundown to noon the next day, “going through an 8-ball or even more.” Steve asks how Del masked such an addiction, and Del said that was sort of “his thing.” He had no problem “kayfabing” the boys, even his very close friends. He says Doug Furnas was his best friend in the industry. They’d work out every day and eat every night, but once Doug went to bed, Del would begin to get wasted.

Steve asks Del to describe the “Writing on the Wall” that lead him out of the business. Del left the wrestling industry, but was aided by Jim Ross and Vince McMahon, who helped him get the surgery he needed on his tricep. Vince told Del that he could always come back and work a limited schedule, but he needs to get healthy first. Del had the surgery, but couldn’t come back because he knew his own personal demons would inhibit his ability to perform. After receiving the surgery, Del had an open wound on the back of his arm for almost two years. Rather than closing it up, the doctor’s opted to leave it open so that it may drain of infection and heal naturally. During that time, Del couldn’t work and went through the vast majority of his savings on drugs and lawyers. He was getting arrested constantly and ended up on probation. After failing numerous drug tests and going back to court, Del decided to skip his probationary meetings because he knew he wouldn’t be able to pass the tests. He began hiding out at a buddy’s house when a bench warrant was issued in his name. After weeks of hiding, he went before a judge and was sentenced to 18-months.

Del was released after 10-months with good behavior and all-but kicked his habit entirely. He said that he had a feeling he’d be going to jail and started to transition himself off of prescription medication. He says that he had a few hard nights during the first few weeks, but eventually went cold turkey. Today he still has trouble standing and walking, but only takes ibuprofen in limited quantities. Del has since reconnected with his faith and accepted Jesus Christ into his life. This show was the “Unleashed” podcast, wherein Austin generally let’s the language fly without consequence. But given Del’s turn to the Lord, Steve respectfully refrained from dropping any four-letter words.