The Rock On Why Eva Marie Impresses Him, Diva Returning With A New Role?, Mick Foley’s Teeth 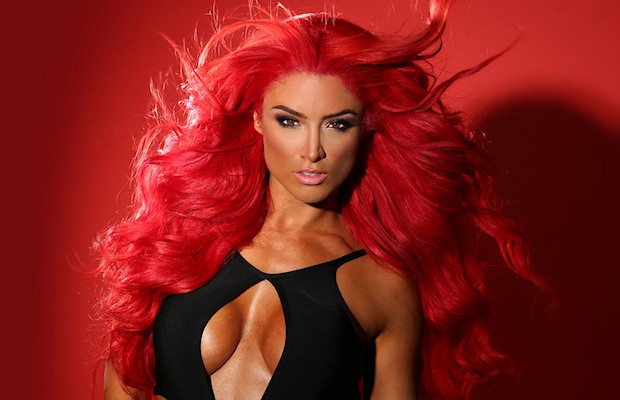 – Tamina Snuka, who made her return to the ring during WWE’s recent European tour, appeared at WWE live events this weekend as a bodyguard for Naomi, who lost to NXT star Charlotte. No word yet if Tamina and Naomi will be paired up on TV.

– The Rock wrote the following praise for Eva Marie on Instagram today:

“Thank you to my homegirl Eva Marie for this very cool birthday message. What impresses me most about her is that she has a certain drive and determination that can only come from someone who knows what it’s like to have been down and to have struggled. Eva’s struggle has clearly created a fierce focus in her which is so cool to see and here’s the best part… she’s willin’ to put in the daily hard ass work to achieve and accomplish all of her goals in — and outside of the ring. It’s a real pleasure working with and mentoring this woman. Road is long and we’re just gettin’ started.. Plus I gave my word to our agent @bslater9 that I’ll make sure she always handles her business like a straight up G. #FutureWWEDivaChamp #OD #LetsGetToWork”

– Mick Foley noted on Twitter that the four teeth he damaged in his legendary 1998 Hell In a Cell match at King of the Ring with The Undertaker will have to be replaced. He posted the following:

In some sad Foley news, it appears the 4 teeth damaged during the 1998 #HIAC will need to be replaced. pic.twitter.com/pDOenqu5CW