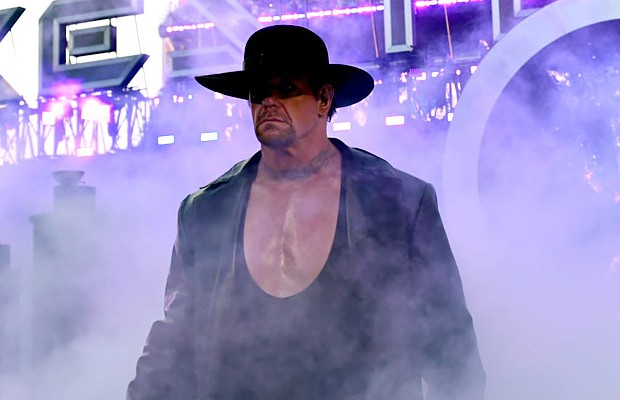 – It appears The Undertaker will be wrestling Brock Lesnar at WWE SummerSlam this year.

Taker returned during tonight’s Lesnar vs. Seth Rollins WWE World Heavyweight Title Match at Battleground and took Lesnar out with a chokeslam and a Tombstone piledriver after a brief struggle.

After laying Lesnar out, Taker left the ring with fans chanting his name but came back in to deliver one more Tombstone. Taker ended the segment by dropping to one knee and posing as his music played and the lights went out.

Taker has been confirmed to be in SummerSlam advertising that has been completed and now it appears he will get his rematch against Lesnar next month.