How Many Times Has Nikki Bella Defended The Divas Championship? 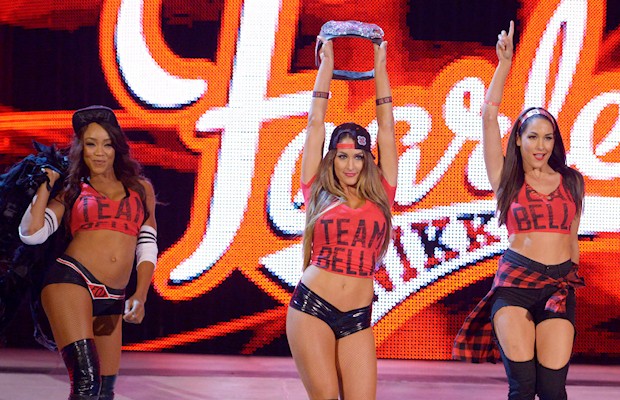 WWE has made a lot of noise about the fact that Nikki Bella is now the longest reigning Divas Champion in company history. Eclipsing AJ Lee’s stint with the belt, Nikki has made WWE history. On television, Michael Cole can often be found stating that Nikki is one of the hardest working champions on the roster. Startling statistics don’t back that up.

Since winning the Divas Championship last November at the Survivor Series, Nikki hasn’t defended it all that often on TV or at major events. In fact, the lengthy tenure of Nikki has only been punctuated with around a dozen televised title defenses. Many of these have taken place on Raw, more so than pay-per-view.

Of course, on the house show circuit Nikki has defended her title a lot more. The stat is surprising, because many fans likely assumed Bella had featured in more Divas Championship bouts than 12. Incredibly, before defending against Charlotte this past week on Raw, she hadn’t defended the belt since July, when WWE held The Beast in the East special event in Japan.