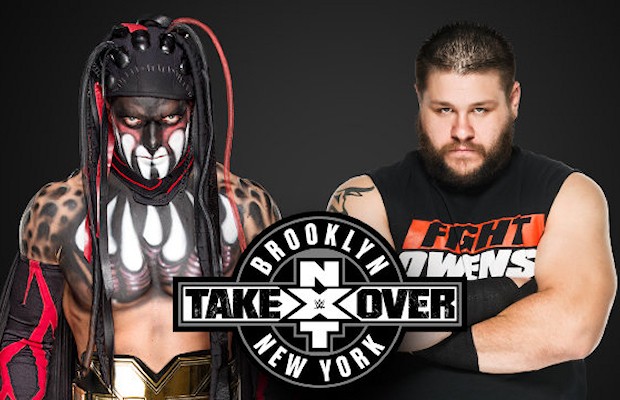 – “The Vaudevillians” Aiden English and Simon Gotch defeated Blake and Murphy at Takeover to become the new NXT Tag Team Champions. This is their first reign. The Diva they ended up bringing in to even the odds with Alexa Bliss was Blue Pants, who got a big pop from the New York City crowd.