Titus O’Neil Still Doesn't Understand Why He Was Suspended By WWE In 2016 - PWPIX.net 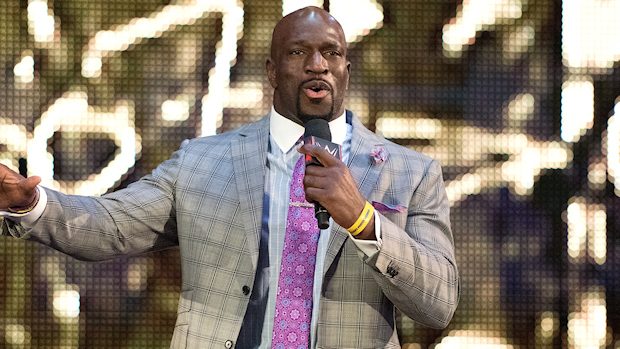 On the night Daniel Bryan announced his retirement from WWE as an in-ring competitor — February 8, 2016 — a moment which occurred as Raw was going off the air ended up getting almost as much attention as Bryan’s tearful farewell.

Titus O’Neil reached out and touched/grabbed Vince McMahon as the assembled roster was exiting the stage where they’d gathered to give Bryan a standing ovation. What appeared to be a playful moment between the two followed, but later reports indicated that McMahon was incensed by the transgression. After a backlash, the suspension was reduced to 60 days (from 90) and Titus quietly honored it while his good friend Dave Batista spoke out against WWE.

While O’Neil remains a good company man on that and pretty much every issue, as a guest on Lilian Garcia’s Chasing Glory podcast recently, he revealed he’s still puzzled by the whole thing.

“I literally put me my hand out and said, ‘Ladies first.’ So I don’t know what the wrong time is to say, ‘Ladies first’ or the right time. It’s water under the bridge. It happened and I took ownership of it regardless if I was right, wrong, or indifferent, or if the situation could have been handled different. It happened. I served my suspension and it’s over with.

“It goes back to the fact that I know who I am and I know what I did and I know why I did it and God has rewarded me tenfold.”