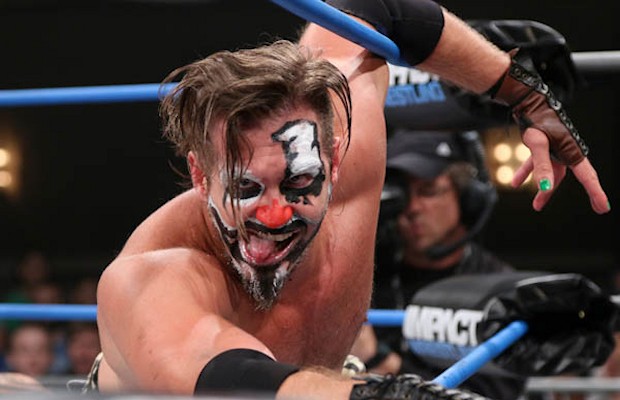 – TNA received a cease & desist letter last month from Ohio indie wrestler Justin Carnes, who wrestled under the name Krimson (an evil clown) and has actually worked for TNA as an enhancement talent, in regards to the Crazzy Steve character and The Decay stable, according to PWInsider. Carnes has also worked under the name Conrad Kennedy III.

Carnes claims that elements of Steve’s performance have been lifted from his work as Krimson, including Steve’s mannerisms, costumes, face paint and the red mist. Carnes also says he created a stable called “Dead Wrestler’s Society” in 2010 and Steve ripped that idea off in TNA.

The cease & desist asks TNA to stop all usage of the copyrights Carnes claims to own, and asks that the company acknowledge in writing that they will comply by April 6th, which was Wednesday. It also noted that Carnes may pursue legal action if TNA doesn’t comply.

No word yet on what TNA plans to do but their legal team has the letter. Steve has been with the company since 2014 and is the current TNA Tag Team Champion with Abyss.