Triple H Asked How Much Longer He Plans To Wrestle 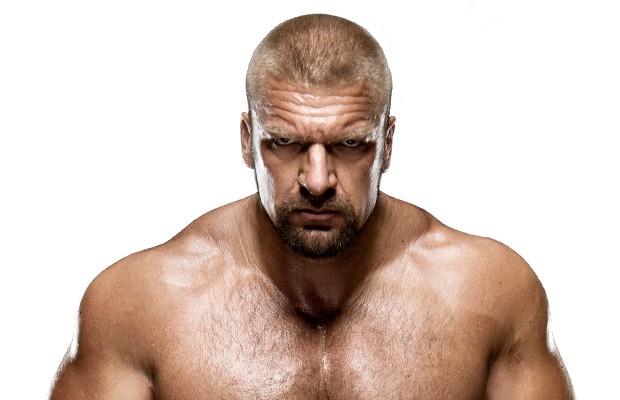 During an interview with Muscle & Fitness magazine (he is featured on the cover of the latest issue), Triple H was asked how much longer he plans to continue wrestling.

“I think about that. I don’t want to be doing this just to do it,” he said. “In the past several years there have been opportunities that have presented themselves. It all depends on the year. If you ask me right now about next year, I’m not even thinking about next year. I’m thinking about WrestleMania, and on Monday, after WrestleMania is over, I’ll think about what’s next after that.”

What are the challenges of being both an in-ring Superstar and an executive?

“Going from the locker room and the road to coming into the office and working with the executives, it’s a totally different mindset and culture. You have to learn how to switch hats quickly. Something I always marveled at when I would first come into the office was Vince’s ability to switch hats instantaneously. One minute he was looking at logo designs, the next minute he was making a decision about an international market, then 10 seconds later he was doing something creative that had to do with the show. And that’s what it takes because there’s so much flux,” he said.

“I’m in charge of talent, live events, and a lot of the creative. I also have a lot of input with certain programming. To be honest, if I weren’t on the show every week my life would be a whole lot easier. It takes up a lot of time.”

Triple H was also asked if he would be supportive of his kids entering the business?

“I’d love it and support it, if that is what makes them happy and that’s what they want to do,” he said. “WWE is a wonderful business and very family friendly. [But] at the same point in time, my middle daughter wants nothing more than to own a nonprofit farm for wayward animals, where she lives in a tree house and operates [the farm] with magic money that comes in somehow. That’s her goal, and if that’s what she wants to do, I’d support that, too. You just want them to be happy at the end of the day.”