What's The Deal With Trish Stratus and Lilian Garcia? | PWPIX.net

What’s The Deal With Trish Stratus and Lilian Garcia? 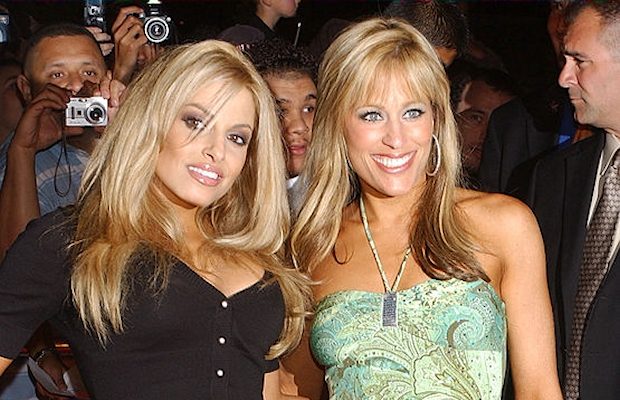 For a number of years, the relationship between multi-time WWE Women’s Champion Trish Stratus and veteran WWE ring announcer Lilian Garcia has been speculated on among wrestling fans as a result of their body language towards one another whenever Trish would make her ring entrance — as well as a long-rumored online story. Hence, I will attempt to clarify the story behind their relationship in hopes of putting an end to numerous years of speculation.

Many forget that Trish was not accepted by the locker room upon her arrival in WWE in early 2000. Considering she didn’t come from a wrestling background and all of the other female performers in WWE at the time either came from a wrestling background or had spouses in the business, she was initially unpopular among many in the company. As a result, Trish hung out with another girl who wasn’t all that popular backstage either at the time, that being Lilian Garcia.

Having been hired to perform as the ring announcer of Raw is War a few months prior to Trish’s arrival in the company, she too had come from a non-wrestling background and could not relate to many of the wrestlers. Hence, a natural bond formed between the two, especially considering that Lilian is one the friendliest individuals one could ever come across. Though Trish became more respected backstage among her peers in the ensuing years, she primarily traveled with Lilian during her time in the company and considered the sexy songbird her best friend. Likewise, Lilian herself dubbed Trish “her female soulmate.”

Now here is how the long-rumored “holding hands” story goes, though it may not necessarily be completely true. However, this story is the basis of much of the speculation regarding their relationship.

As the story goes, in mid-2000, Trish and Lilian were acting quite friendly with one another as they were holding hands and such in public places, though it remains unclear whether they were simply joking and/or searching for attention from curious onlookers or not. Given Stratus’ quirky sense of humor, it’s a strong possibility. Anyway, a fan posted his personal account online about seeing them together in public holding hands, which Vince McMahon himself soon became aware of. He became upset to the say the least and didn’t like someone he was portraying as a sex symbol at the time “doing that.” McMahon, who is noted for his heavy mood swings, was on the verge of firing Lilian until his wife, Linda, calmed him down.

Soon after, Trish and Lilian decided to break things off by not traveling with each other, though it was only temporary. The two would remain best friends throughout Trish’s tenure in WWE and are good friends to this day. While some may dream there was something going on between the two, the fact is, there wasn’t. They are simply good friends and nothing more.

Furthermore, WWE themselves have poked fun at Trish and Lilian’s relationship considering they sometimes play subtle jokes on television for people backstage to laugh at.

For instance, during The Rock’s infamous “The People’s Strudel” promo with Lilian on an episode of SmackDown in September 2001, he asked her if “she likes pie.” Lilian innocently replied, “yeah sure, sometimes,” with Rock looking at her to smilingly say, “Rock thought so.” In another “nudge nudge, wink wink” instance, during the Raw after WrestleMania X-Seven in 2001, Stephanie McMahon inexplicably shoved Lilian into Trish during their match even though it had no bearing on the duel at hand.