Trish Stratus Says She Was Punished By WWE For Refusing To Kiss Torrie Wilson - PWPIX.net 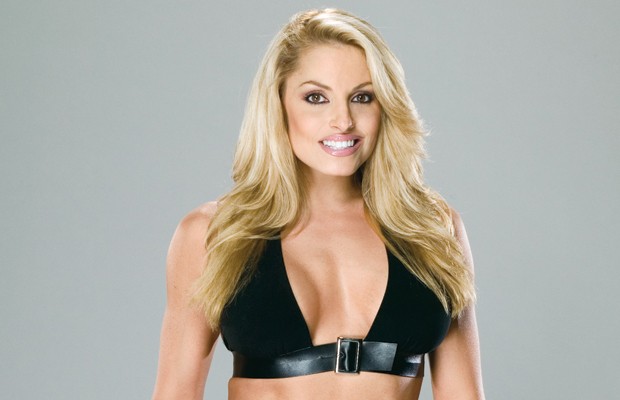 There are many crazy stories as to how certain WWE Superstars have lost their title but Trish Stratus had a very unique one — the kiss of death.

In WWE’s book on The Attitude Era, Trish Stratus reveals that refusing to kiss Torrie Wilson in a on SmackDown in early 2002 cost her the WWE Women’s Championship.

“Stephanie (McMahon) wanted me to crawl on Torrie,” explains Stratus. “I said I’d kiss her on the cheek, but Stephanie didn’t think that sexy enough. She wanted me to kiss her on the lips. I didn’t feel like I was in a position to say no, so I kept saying I’d do it, but just not with a sexy kiss on the lips. That didn’t go so well, and Stacy (Keibler) ended up doing it instead. That was just too risqué for me.

“The thing is, Mickie and I kissed. I kissed, I kissed Lita, so kissing isn’t the thing; it’s about the storyline. I’ll do anything, including barking like a dog if it makes sense for my character. And at that point, my character had nothing to do with Torrie, so I didn’t think she would kiss her.

“My character wasn’t built around being a sexy person, and I was so passionate about my character, I just didn’t think it made sense for me. If Torrie and I were in a tag team and we kissed to distract our opponents or pull the wool over some guy’s eyes, I’d be all for it. But as a standalone moment, it just didn’t make sense.

“This segment was filmed on a Tuesday for SmackDown. I was the champion, so I went home, came to the next show on Monday, and I lost the title clean to Jazz. So, was I being punished? Who knows? I was never told that’s why I lost, but it was a little strange that WrestleMania in my hometown of Toronto was coming up, and all of a sudden, I wasn’t going in as champion. Eventually, I got the title back, so it was all good, but I still stand by my decision at the time.”