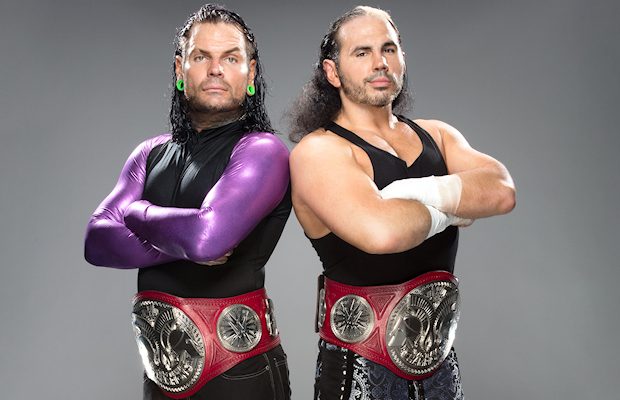 Can @Goldust and @RonKillings earn a shot at the #RAW #TagTeamTitles by winning next week's TAG TEAM TURMOIL match?! pic.twitter.com/tgFbPAHJHt

– We noted before that R-Truth and Goldust mentioned during the WWE Payback Kickoff pre-show how they were going to ask RAW General Manager Kurt Angle for a RAW Tag Team Title shot. Angle denied the title shot on tonight’s RAW because Golden Truth’s win-loss record isn’t good enough.

Angle did announce a Tag Team Turmoil match for next week’s RAW from London with the winners earning a shot at RAW Tag Team Champions The Hardys. Golden Truth will be in the match but the other participants have not been announced as of this writing. Stay tuned for updates.

– The Miz defeated Finn Balor and Seth Rollins a Triple Threat main event on tonight’s RAW from Sacramento to become the new #1 contender to WWE Intercontinental Champion Dean Ambrose. The finish to the match saw Samoa Joe attack Rollins and Bray Wyatt attack Balor to allow Miz to get the pin on Balor.

No word yet on when Miz vs. Ambrose will take place but it could happen on an upcoming RAW to set up a gimmick match between the two at the June 4th Extreme Rules pay-per-view, perhaps putting an end to their feud.

Below is video from the finish to tonight’s Triple Threat: