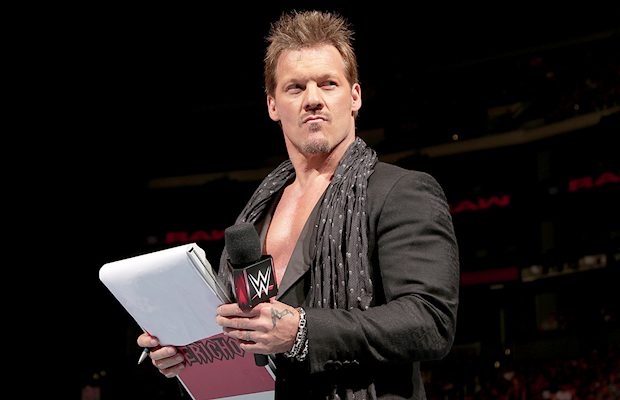 Some people who witnessed the scuffle described what happened to Dave Meltzer of F4WOnline.com.

Arias was making annoying noises on the tour bus and even though people were telling him to stop, he kept doing it. This led Jericho more forcefully telling him to stop, which led Aries to tell Jericho to “fuck off.” Words were exchanged and Arias threw a wild right at Jericho before nearby passengers jumped in to break things up. Jericho bit Arias’ finger during the skirmish.

Arias was then kicked off the bus.

Another account of the incident was that Aries snapped “in two seconds” without any warning or reason.

Shortly after the rumor broke out Sunday night, a person running MLW Radio Network’s Twitter account claimed that Aries got the better end of the fight.

Hunico remains undefeated as WWE locker room refuses to accept this man as the baddest man on the planet. #Y2JKOd https://t.co/ZnikIhdJSQ

The account also re-tweeted a screenshot from the WWE 2K17 video game showing Sin Cara standing over a KO’d Chris Jericho in a locker room.

Sin Cara adds another one to his list. #PS4share pic.twitter.com/Ybv76b0LmX

Jericho responded publicly to MLW with the following tweet this morning.

Jericho also posted a cryptic Instagram video last night and there appears to be swelling under his left eye. He said that if you hear any reports about him ripping somebody’s face off with his teeth, he blamed them on bath salts and jokingly compared them to GHB and Ecstasy.

Finally figured out how I can become a ZOMBIE! #bathsalts #wweglasgow

Both wrestlers are no strangers to backstage drama. It was widely reported in August that Jericho almost got into a brawl with Brock Lesnar backstage at SummerSlam due to confusion surrounding the finish of Lesnar’s match with Randy Orton. Lesnar busted Orton open with legitimate, repeated forearm shots to the head, which infuriated Jericho.

The month before, Sin Cara got into a scuffle with Simon Gotch at a SmackDown taping.