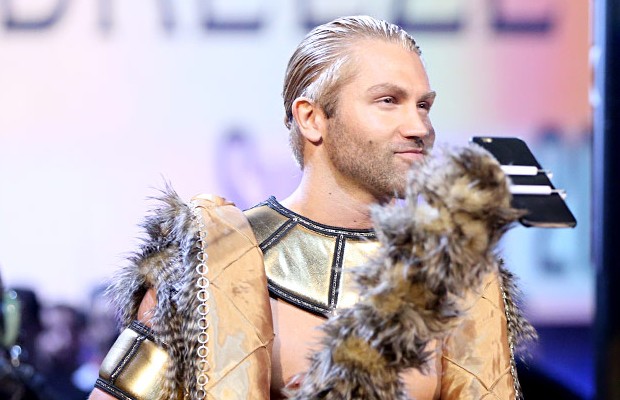 Tyler Breeze has arrived on the WWE main roster, and he’s aligning with Summer Rae after all.

During Tuesday’s SmackDown taping in Austin, Texas, Summer Rae and Dolph Ziggler were guests on Miz TV. Dolph was explaining that he will not be playing games like before, and he’s just not into Summer anymore. She was just fine with that tonight, however, because she’s got a new man in her life.

Breeze, of course, attacked Ziggler, so it looks like that could be his first program as a main roster star. That is unless Rusev is still somehow in the picture, though that doesn’t appear to be the case, even if he’s a part of a six-man tag also involving Ziggler on the Hell in a Cell pre-show this coming Sunday night in Los Angeles.