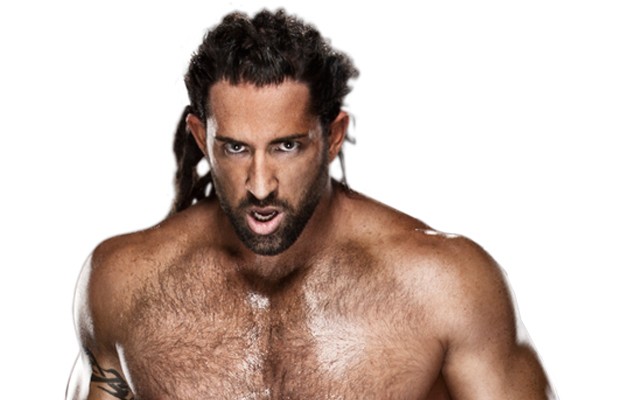 After a brief run in ECW, the intimidating Tyler Reks believed WWE management was holding him back. So he decided to take matters into his own hands. In October 2010, the dark and brooding Superstar made an unscheduled appearance on SmackDown and immediately targeted Kaval. Within minutes, he defeated the NXT season two champion and as a result, earned his spot on Team SmackDown at Bragging Rights.

Despite being a loner at heart, Reks worked well with his SmackDown cohorts, which included Big Show and Alberto Del Rio. After eliminating Raw‘s Santino Marella from competition, the “Dreadlocked Demolition Man” was finally ousted at the hands of Sheamus. In the end, however, it was Reks’ team of SmackDown Superstars who took home the prestigious Bragging Rights trophy.

The following month, Reks joined Del Rio’s Survivor Series team in an unsuccessful battle against Team Mysterio. After the annual November pay-per-view, Reks continued to display his intense brand of terror on WWE Superstars, where he victimized the likes of Chris Masters and JTG. In August 2012, Reks requested his contract release from WWE, citing his desire to spend more time with his family.

December 18, 2015 – Gabe Tuft, who competed in WWE as Tyler Reks from 2009 to 2012, offered some insight on his time in the organization in a Reddit AMA (short for “Ask Me Anything”) on Thursday. In the AMA, Tuft addressed rumors of friction between John Cena and Alex Riley, and explained why he left WWE just as he was starting to receive a push.

Tuft also discussed life after WWE, whether he preferred being a babyface or heel, what he would do differently in hindsight, which wrestler he did not like working with, and more. You can check out the AMA here.