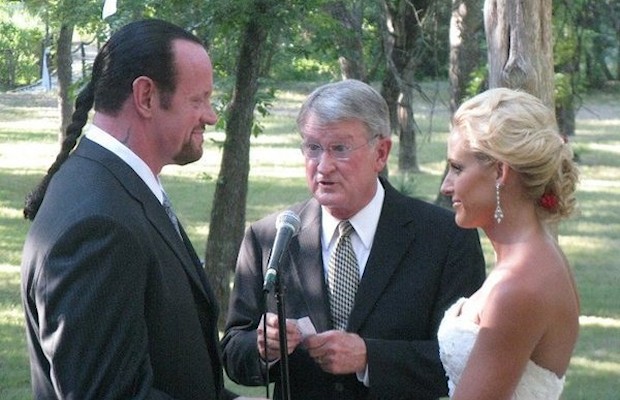 In 2007, The Undertaker became romantically to Michelle McCool and they got married on June 26, 2010, in Houston, Texas. They celebrated their eighth wedding anniversary on Tuesday and McCool shared the occasion with her fans.

In this post on Instagram celebrating her wedding anniversary, McCool posted photos of herself with “The Deadman” and revealed that he got her a bouquet of flowers and earrings.

McCool also shared their wedding anniversary last year and in 2016.