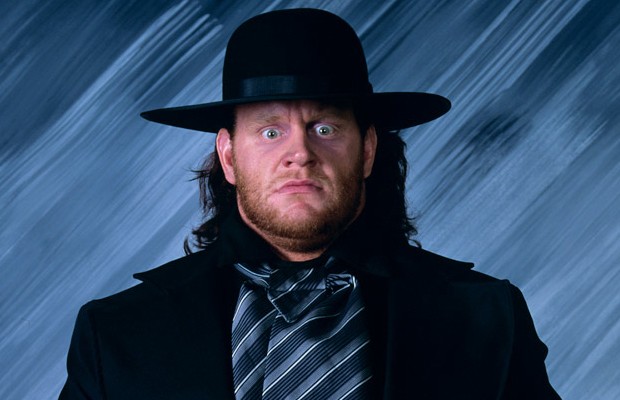 The first chapter in Undertaker’s remarkable WrestleMania epic was penned on March 24, 1991 in Los Angeles, California. Under the tutelage of new manager Paul Bearer, the “Phenom” destroyed “Superfly” Jimmy Snuka. The victory marked his first WrestleMania win, and also catapulted the “Deadman” straight to main-event status.

Undertaker spent the next several months using caskets and the mysteriously powerful urn to exploit his opponents’ fear of their own mortality. He tore through every WWF Superstar put in his path and on November 27, 1991 at the Joe Louis Arena in Detroit, Michigan, at the Survivor Series, he defeated Hulk Hogan to capture the WWF Championship. Ric Flair’s interference in The Undertaker’s WWF Championship victory ultimately caused President Jack Tunney to order a rematch at This Tuesday in Texas. Hogan wound up walking away from the event with the WWF Championship, but the controversial conclusion to the match caused Tunney to later vacate the title.

Following his WWF Championship reign, Undertaker faced a series of colossal competitors looking to rid the World Wrestling Federation of the “Deadman.” The four-hundred pound “Ugandan Giant” Kamala nearly accomplished the task during the first-ever Coffin Match at the 1992 Survivor Series. Undertaker was able to avoid Kamala’s offensive onslaught en route to picking up the ground-breaking victory. The following year, the “Phenom” toppled the near eight-foot Giant Gonzales at WrestleMania IX.