The Undertaker Is Pissed Off With Vince McMahon - PWPIX.net

The Undertaker Is Pissed Off With Vince McMahon 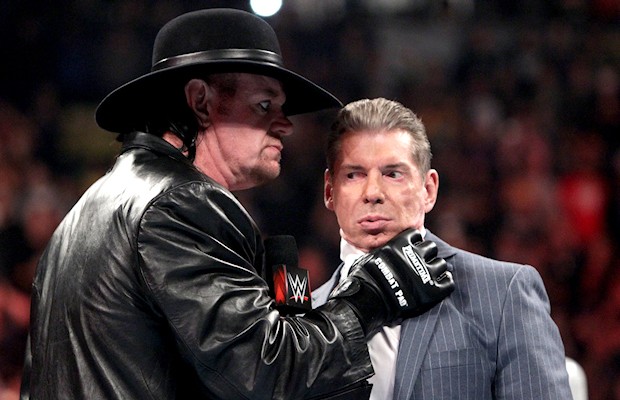 Things aren’t good these days between Vince McMahon and The Undertaker.

The Chairman has reached out to Taker about appearing at SummerSlam but isn’t getting a response. Undertaker has told those close to him that he doesn’t plan on wrestling again after Vince asked him to lose to Shane McMahon at Wrestlemania 32. He refused to do it and is currently not interested in making any further appearances.

Vince is trying to find a way to smooth things over, but Undertaker is ignoring him. His current contract with WWE only requires him to wrestle once a year to receive his downside guarantee so he will be paid for the rest of the year regardless of anything. If he decides not to compete next year, his contract will freeze similarly to Daniel Bryan. The idea is that since he is not working with WWE, they have the right to freeze his deal so that they can use him when something opens up.