The Undertaker To Return On The 25th Anniversary Of Monday Night Raw - PWPIX.net 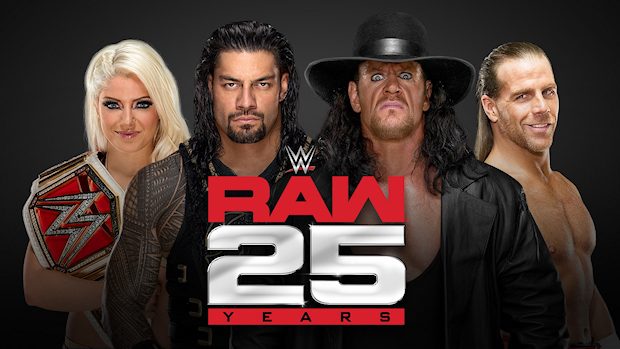 WWE announced today that the 25th anniversary of Monday Night Raw will be taking place at both the Barclays Center and the Manhattan Center in New York City on January 22, 2018. Matches from both venues will air on the show and feature Superstars from Raw and SmackDown LIVE, along with WWE Legends making “special appearances” at the Manhattan Center.

The Undertaker (who hasn’t been on WWE television since losing to Roman Reigns and indicating that he’s retiring at WrestleMania), Shawn Michaels, and Kevin Nash were the first three legends announced as being on the show. WWE has yet to reveal any other details about their scheduled appearances.

A one-night return to the Manhattan Center is WWE bringing Raw back to where the first episode of the show took place. The venue was home to Raw in the early parts of its run.

The episode will also be the go-home show for the 2018 Royal Rumble, with that pay-per-view set to take place at the Wells Fargo Center in Philadelphia, Pennsylvania on January 28th.

Tickets for the 25th anniversary episode of Raw go on sale this Friday via Ticketmaster.