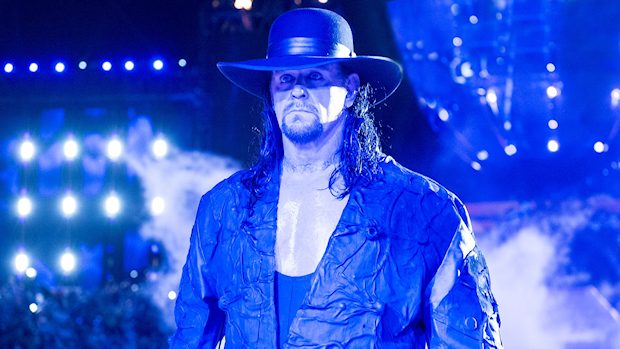 – According to a report, The Undertaker is not done wrestling yet.

WWE announced two months ago that the 25th anniversary of Monday Night Raw will be taking place at both the Barclays Center and the Manhattan Center in New York City on January 22, 2018. Matches from both venues will air on the show and feature Superstars from Raw and SmackDown LIVE, along with WWE Legends making “special appearances” at the Manhattan Center.

The Undertaker (who hasn’t appeared for WWE since losing to Roman Reigns and indicating that he’s retiring at WrestleMania), Shawn Michaels, and Kevin Nash were the first three legends announced as being on the show. WWE has yet to reveal any other details about their scheduled appearances.

According to a report by WrestlingNews.co, one WWE source indicates that The Undertaker will wrestle at least one more match for WWE.

The source goes so far to say, “Taker is not going to appear on that show just to wave and say hello. I’ll leave it at that.”

– Following Absolution’s victory over Sasha Banks, Bayley, and Mickie James, Paige says in this Raw Fallout video that it is all a sign of things to come.

– In the latest edition of WWE Canvas 2 Canvas, artist Rob Schamberger explores the rebirth of “Macho Man” Randy Savage’s career after he joined the nWo in 1997.