Paige WWE Return Update - Will She Be On Raw Or SmackDown? | PWPIX.net 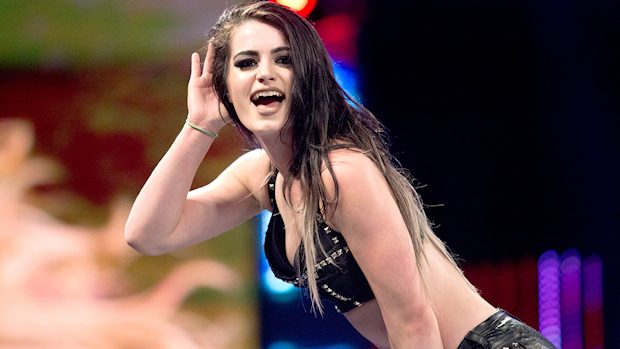 The two-time Divas Champion — unseen in a WWE ring for more than a year — revealed earlier this week that she has returned to the WWE Performance Center, presumably beginning her return to active competition in WWE.

“Went to see an old friend today,” she wrote on Monday on Instagram. “Good to be back there! @wwe #RoadBackToMyHouse”

She then tweeted the following on Tuesday and Wednesday.

Day 2 done at the @WWEPerformCtr feeling great. Thanks for all the support. Appreciate it a lot.

Having so much fun at @WWEPerformCtr day 3 down! Love that spark ⚡️ for wrestling 😍 #RoadBackToMyHouse

In a behind-the-scenes update on her WWE status, Paige is currently scheduled to be on SmackDown LIVE upon her return to the ring.

“As of today Paige is going to Smackdown,” Bryan Alvarez revealed Tuesday on the F4WOnline.com message board.

In the latest issue of the Wrestling Observer Newsletter, Dave Meltzer added, “There is said to be a storyline for her return and tentatively it’s on Smackdown.”

While Paige is officially a member of the Raw roster, WWE is promoting her as if she’s a “Free Agent” like John Cena.

On her return to the Performance Center, WWE.com wrote Monday, “If her return is imminent, as this post is leading many in the WWE Universe to believe, consider the women of Raw and SmackDown LIVE officially put on notice.”

Meltzer believes Paige has gotten full clearance to return to the ring and now is trying to get back into shape. She’s been out of action for over a year with neck problems that led to her having surgery.

Her last match took place on June 27, 2016, on Raw, with her teaming with Sasha Banks against Charlotte and Dana Brooke.