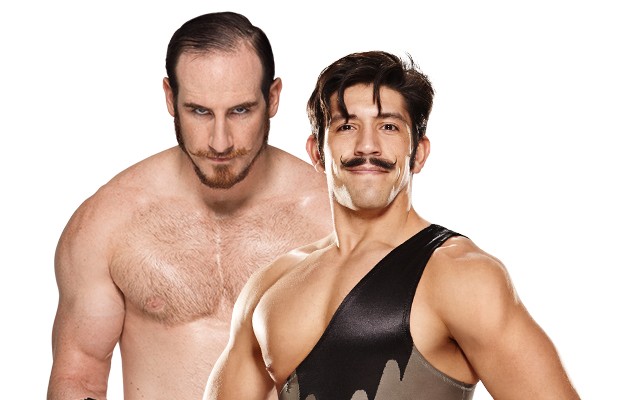 – It looks like The Vaudevillains will be making their WWE RAW debuts tomorrow in London as WWE’s website confirmed the semifinal matches of the Tag Team Contenders tournament will take place. They posted the following, teasing another appearance by Karl Anderson and Doc Gallows.

As a reminder, we will have live RAW spoiler coverage tomorrow afternoon from London.

Is your bracket busted yet? Thus far, the No. 1 Contenders’ Tag Team Tournament, sponsored by Booty-O’s, has given us incredible matchups and unbelievable upsets, leaving us with two anticipated Semifinals Matches: The Usos vs. The Vaudevillains, and Enzo Amore & Colin Cassady vs. The Dudley Boyz.

Which of these teams will move on to the final bout of this tournament and challenge The New Day for the WWE Tag Team Championship? Additionally, after globally-renowned competitors Karl Anderson & Luke Gallows attacked Jimmy & Jey Uso following one of last week’s tournament matches, will the dominant tandem make their presence known once again this week?