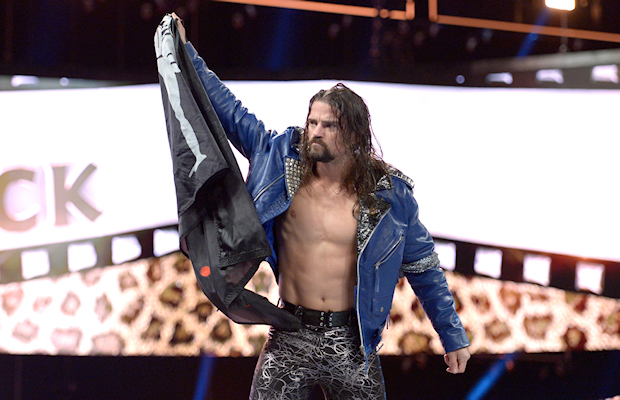 As seen above, Brian Kendrick is featured in the latest sitdown interview with Michael Cole. Below are highlights from the interview with the new #1 contender to RAW Cruiserweight Champion TJ Perkins:

* Cole asks if Kendrick sometimes has to pinch himself when he thinks about where his career is now. Kendrick says there’s no such thing at physical reality anyway, everything is a dream and outside of the mind. Cole says Kendrick hasn’t changed at all

* Cole reveals that he and Kendrick used to travel together. He says they could tell some stories that they probably shouldn’t. Cole has always respected Kendrick’s love for sports entertainment, talking about how he paid his way through wrestling school and went on to win the WWE Tag Team Titles. Kendrick says he does reminisce on that period and coming back recently has brought back a lot of good memories. Kendrick doesn’t want to dwell on what could’ve been because he’s grateful for the mistakes he’s made as it made him who he is now. Those times were good but he’s predicting more good times ahead

* Regarding the WWE Cruiserweight Classic this summer, Kendrick says the moment with Daniel Bryan after his loss to Kota Ibushi was beautiful but bittersweet because at that time he thought that may have been his last chance in WWE. Kendrick says he’s happy with how things turned out. He praises the company and says he always kept striving for a WWE return because this is where he likes to perform his art