Vince McMahon Rejects Roman Reigns and Seth Rollins Angle, Ryback On If He Prefers Being A Heel - PWPIX.net

Home / Features / Vince McMahon Rejects Roman Reigns and Seth Rollins Angle, Ryback On If He Prefers Being A Heel

Vince McMahon Rejects Roman Reigns and Seth Rollins Angle, Ryback On If He Prefers Being A Heel 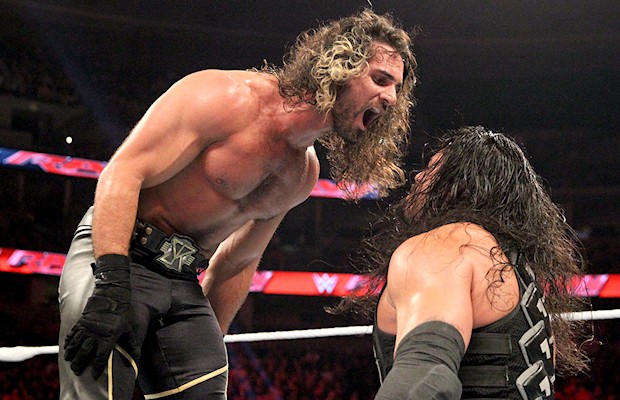 The idea of a Rollins and Reigns doing a double turn — Rollins would turn babyface and Reigns would turn heel — was pitched to Vince McMahon by a WWE producer and quickly rejected. Fans shouldn’t expect any changes to be made to Reigns’ character in the near future since its something McMahon is extremely stubborn about. He is determined to make Reigns into a WWE Superstar that fans will accept.

During his appearance last week on The Steve Austin Show, Ryback said that he prefers working as a babyface because he enjoys putting smiles on children’s faces. However, being in a heel tag team with Curtis Axel was his favorite time in the professional wrestling industry.

“That was the most fun I had because I got to go out there and just do whatever I wanted.” Ryback continued, “when I finally switched [from babyface to heel], I felt like I could do no wrong. I felt like that’s when I could start letting my real personality come in and it was a process. And it took a good year and a half. Tagging with Curtis Axel [was] the most fun I ever had. Me and him, literally, every night would try to find a way to joke with each other.”

“The Big Guy” also talked about growing up in Las Vegas, playing high school football and baseball, his workout philosophy and strategy, why he doesn’t believe in “cheat days” when it comes to diet, what the self-help book The Secret did for his career, how Arnold Schwarzenegger motivated him back to the ring, and his Tough Enough experience. You can listen to the interview here. You’ll also hear about his relationship with Vince McMahon, why he prefers to travel solo, and how he continues to improve his own in-ring performance.