Vince McMahon Remembers Andre the Giant On His Birthday; See The Earliest Known Footage Of Andre 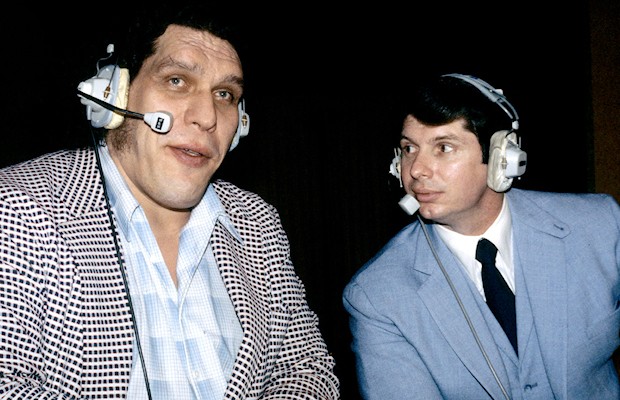 Vince McMahon is remembering Andre the Giant today on what would have been “The Eighth Wonder of the World”‘s 72nd birthday. The WWE Chairman and CEO sent out this tribute on Twitter.

Remembering Andre the Giant, one of most extraordinary people to ever walk this earth, on his birthday. pic.twitter.com/pJis4AveWY

Throughout Andre’s wrestling career, he was billed as a giant lumberjack from Grenoble, France (usually announced from Grenoble, in the French Alps). Since he was the living embodiment of Paul Bunyan, an American mythical lumberjack, he was given the name similar to Europe’s similar fictitious cultural giant legend, Geant Ferre. Last month, HBO aired a documentary film on Andre called Andre the Giant, which dispels the myth that he was born in Grenoble. While his birthday of May 19, 1946, is correct, it’s noted that Andre was actually born in Moliens, France. Molien is a small village outside of Paris, France.

Andre the Giant documentary director Jason Hehir said in an interview with the New York Post that the biggest challenge of making the documentary was separating fact from fiction.

“We had to separate a lot of fact from fiction and there is certainly a lot of fiction out there about this guy,” Hehir said.

“In the ethos of pro wrestling, there is embellishment and exaggeration of what makes up that world. With Andre, he’s probably the greatest example of that. Early on we had a decision to make and that was we were only going to feature first-person accounts, not hearsay. If someone said Andre drank 200 beers, the follow-up question would be, “Were you there?”

“A guy like Andre, the first line of his Wikipedia is false. It says he is from Grenoble, France, and that’s not true. Everything about the guy is mythologized and the few interviews that were still available of him, he’s still in character saying he’s from Grenoble and the Alps and was discovered as a lumberjack and his grandfather was 8 feet tall. None of that was true. It was the most fun part of it for me.”

Andre’s parents were of Bulgarian and Polish descent. His nickname growing up was “Dédé”. As a child, he displayed symptoms of gigantism very early, reaching a height of 6 feet 3 inches tall and 208 pounds by the age of 12.

Andre was a good student, particularly in mathematics, but he dropped out after the eighth grade since he did not think a high school education was necessary for a farm laborer. He spent years working on his father’s farm, where, according to his brother, Jacques, he could perform the work of three men. He also completed an apprenticeship in woodworking, and next worked in a factory that manufactured engines for hay balers. None of these occupations, however, brought him any satisfaction.

At the age of 17, Andre moved to Paris and was taught professional wrestling by a local promoter who recognized the earning potential of his incredible size.

Here is the earliest known footage of Andre, which was a two-minute documentary that apparently aired on a wrestling television program in France on February 12, 1966.