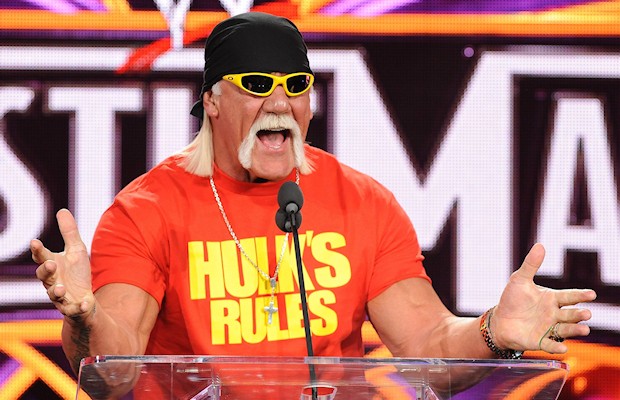 Hulk Hogan and WWE officials are in talks about a return for “The Hulkster,” with the decision of whether or not he wants to return to the the company currently being in Hogan’s court.

According to Fightful.com, it is being said that the WWE has reached out to Hogan for a return to the company. The company is said to have approached Hogan with the proposal of a “renewed working relationship” and that Vince McMahon has personally touched base with Hogan on the same.

It is also being reported that Hogan is currently unsure about whether or not he wants to return to the WWE because he is in a “good place” financially after receiving a $31 million settlement from Gawker.

It is also being reported that Hogan is currently out of shape as his weight has soared over 300 pounds. If he were interested in a return, it wouldn’t be until he got in “Hulkster” shape.

WWE terminated its contract with Hogan on July 24, 2015, stating that they are “committed to embracing and celebrating individuals from all backgrounds.” The termination coincided with the publication by the National Enquirer and Radar Online of an anti-black rant made by Hogan on his controversial leaked sex tape in which he is heard expressing disgust with the notion of his daughter with any black man, referenced by repeated use of a racial slur. Hogan also admitted to being “a racist, to a point.”