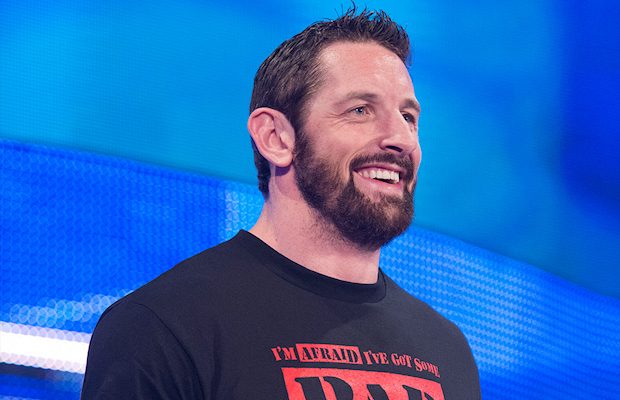 Former WWE Superstar Wade Barrett (Stu Bennett) has been announced for a new movie titled “Vengeance” and will play the lead role of John Gold. Below are full details on the movie and comments from Barrett:

Thrilled to announce that I'll be playing lead in the @evofilmsuk feature @vengeancefilmuk shooting in London this summer. #JohnGold

Beyond excited to be making a kick-arse movie with a great cast & crew, and special thanks to my manager/agent @alex_segal.

STU BENNETT AND GARY DANIELS JOIN THE CAST OF ‘VENGEANCE’

London based production and international sales company Evolutionary Films are delighted to announce that global wrestling superstar Stu Bennett has joined the cast of their forthcoming feature film VENGEANCE in the lead role of John Gold and will be pitted against THE EXPENDABLES and FIST OF THE NORTH STAR martial arts legend Gary Daniels who has been cast as his nemesis Hatcher in the movie.

Director of VENGEANCE, Ross Boyask, said, “As a long-time action movie fan – and filmmaker – I’m very excited to have Stu Bennett and Gary Daniels on board for Vengeance. Stu is the perfect actor to play our lead role of John Gold – he has the charisma of a classic action hero, as well as the physical abilities to back it up, and I know that his legions of fans around the world will be cheering him on as he takes on the villains in the film. As for our lead villain, Gary Daniels is now a very established action star, both as a hero and more recently a villain in movies like The Expendables and Tekken. I know that action fans will be positively salivating over the idea of a final fight sequence between a hugely successful wrestling icon and one of the most established action stars of the past twenty years.”

VENGEANCE is a fast paced, action-packed revenge thriller that kicks off when ex-soldier turned mercenary, John Gold learns of the murder of his best friend and sets off to find the killers. What he discovers is a sinister conspiracy, and he sets about taking down those responsible one by one.

VENGEANCE will be produced by the Evolutionary Films team of BAFTA nominated producer Diane Shorthouse and CEO John Adams who said, “Vengeance is a thrilling project for Evolutionary Films to greenlight as our second feature film of 2016. We’re very excited about the huge potential of this title and believe that the hard-hitting cast we’re assembling will appeal to mainstream international buyers as well as satisfying the traditional hardcore action audience.”

Stu has spent the past 9 years performing in front of a global audience of millions for World Wrestling Entertainment (WWE). Wrestling under the ring name of Wade ‘Bad News’ Barrett, Stu won the first season of NXT in 2010 and subsequently rose to prominence as the leader of The Nexus faction. He headlined five WWE pay-per-view events during the remainder of 2010, challenging for the WWE Championship in three of those. Between 2011 and 2016, Stu won the Intercontinental Championship on five separate occasions and performed on numerous Wrestlemania events. In 2015, after becoming the 20th King of the Ring winner, Stu changed his ring name to King Barrett. He decided to leave WWE in May 2016 and take a sabbatical from the wrestling world in order to pursue other interests, including acting.

During his time with WWE, Stu also made his film debut opposite Colin Farrell in DEAD MAN DOWN before playing the lead villain in the forthcoming ELIMINATORS with Scott Adkins and James Cosmo.

Gary has performed in over 50 films since his start as an extra in an episode of the 1980s television series MIAMI VICE. He is best known for playing Kenshiro in the live-action version of FIST OF THE NORTH STAR. He is also known for his roles in the Jackie Chan film CITY HUNTER, and as Bryan Fury in the 2010 live-action film TEKKEN, based upon the popular fighting game series. He also starred in the Sylvester Stallone film THE EXPENDABLES as Lawrence “The Brit” Sparks.