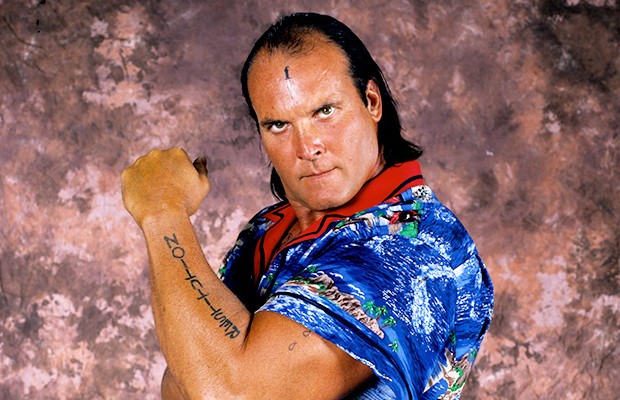 A man of few words but a variety of violent actions, Waylon Mercy came to the World Wrestling Federation (WWF) in 1995. He claimed to be a peaceful person and friend to all mankind. During his slow walk to the ring he shook hands with fans, ring announcers, referees and opponents alike with an eerily calm demeanor. His interviews sent chills down people’s spines as he stated, “Lives are gonna be in Waylon Mercy’s hands.”

When the bell rang, Waylon became a man possessed and attacked opponents in a fit of rage. By October of that year Waylon was forced retire from the squared circle after feeling the bone-crushing effects from Diesel’s Jackknife Powerbomb. Waylon Mercy was not a man to be trusted, associated with, or challenged. He could snap at the slightest move or word and make people pay dearly for such offenses. In June 1995, Dan Spivey reemerged in the World Wrestling Federation (WWF) as Waylon Mercy, a character based on actor Robert De Niro’s portrayal of Max Cady in the 1991 remake of Cape Fear. Like Cady, he had jet black hair, donned white attire with a Hawaiian shirt and exhibited multiple bizarre tattoos, including one of a dagger on his forehead — they were artificial. Mercy was introduced on television through a series of vignettes where he spoke in a calm yet sinister manner, concluding with the phrase, “Lives are gonna be in Waylon Mercy’s hands. You know what I mean?”

Mercy was portrayed as a villain by the WWF despite appearing as a peaceful southern gentleman outside of the squared circle. Mercy would shake the hands of audience members, his opponent, and even the referee before contests. However, once the bell rang, he became vicious, insincerely apologizing for actions such as choking or kicking his opponent. For his finishing maneuver, Mercy would apply a sleeper hold on his opponent while displaying an insane, wide-eyed expression. Then once the match concluded, he would behave as a “peaceful southern gentleman” again.