What Happened To Nia Jax? - Why She's Missing From WWE TV - PWPIX.net

What Happened To Nia Jax? – Why She’s Missing From WWE TV 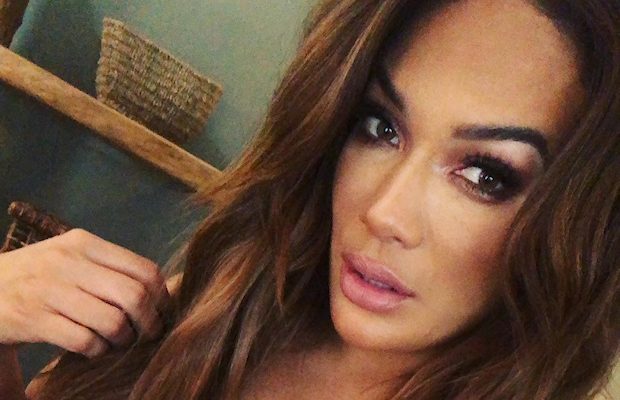 What happened to Nia Jax?

Nia hasn’t wrestled a televised match since losing to Raw Women’s Champion Alexa Bliss on July 15 at WWE Extreme Rules and fans are wondering what happened to her.

Jax revealed in late July via Instagram that she was at home doing rehab, which seemed to indicate that she’s dealing with some type of injury (or injuries).

During SummerSlam week, Jax hosted a Be a STAR anti-bullying rally with fellow WWE Superstars at Kips Bay Boys & Girls Club in Bronx, New York. After the rally concluded, she spoke with Mike Johnson of PWInsider.com and denied that she has been dealing with any injuries. She also made mention of doing physical therapy as of late.

In an update on her whereabouts, Johnson is reporting that she was at the WWE Performance Center this week doing physical therapy on her leg, which has been giving her problems. Johnson says this is the reason she has been off television as of late.

While Jax is indeed rehabbing an injury, we’ve heard that her prolonged absence is actually because of two things.

Jax has major heat with WWE officials due to her “diva” attitude behind-the-scenes, and some of her actions. For instance, her social media activity has upset management.

The other reason for her absence is that she’s fallen out of favor with Vince McMahon, who was very high on her up until the spring. McMahon can overlook friction between talent and management if there’s money to be made, but he just isn’t interested in doing anything with Nia following her two pay-per-view losses to Bliss.