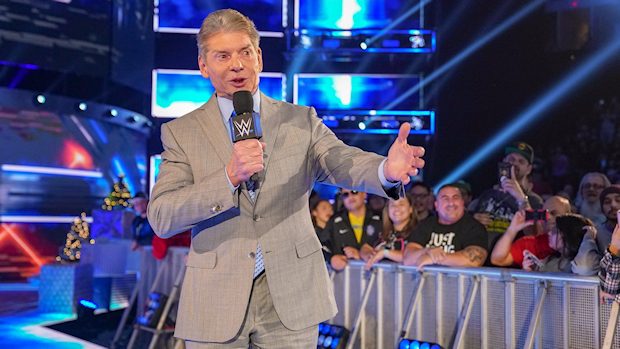 Last Monday night, new WWE Superstars Tucker Knight, Otis Dozovic, Lacey Evans and EC3 made shocking (albeit brief) appearances on the red brand, while Nikki Cross actually competed on Raw alongside Bayley and Natalya in a winning effort against The Squad.

The new Superstars from NXT will be showing up on both Raw and SmackDown LIVE until they land on a specific brand.

The reason behind this is because Vince McMahon just wants them seen on television while they come up with plans on how to use them.

“Regarding the debuts, Vince is of the mentality right now he just wants people to see their faces on television. So the writers have to write stuff where they are in the background,” Dave Meltzer wrote in the Wrestling Observer Newsletter.

Evans, EC3 Heavy Machinery also appeared on SmackDown LIVE. Evans watched Becky Lynch vs. Peyton Royce backstage on a television monitor with a drink in hand, EC3 posed in a mirror while Samoa Joe was backstage, and at the start of the show, Lynch downed Heavy Machinery’s pancake-infused protein shake.

“The New Day was backstage with Heavy Machinery. They were putting all kinds of food including pancakes in a blender. Otis Dozovic drank it. Vince loves him. Six months from now we’ll find out if he is or isn’t better off because of that,” Meltzer wrote.

Meltzer noted a few weeks ago that Heavy Machinery’s success on the main roster depends on whether McMahon finds Dozovic funny or not.

“Their success or failure depends on one thing; whether Vince finds Dozovic funny or not. He’s not a fan of the short blocky guys, but Dozovic is legitimately super strong and is legit,” Meltzer wrote.