Why Dean Ambrose Was At WWE Crown Jewel, Kurt Angle On His First WWE Singles Match In 12 Years 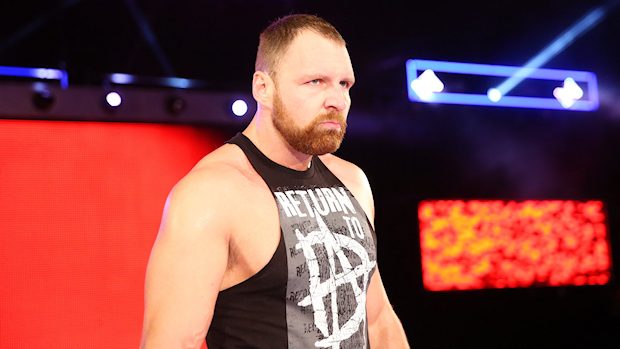 – Dean Ambrose did not appear at WWE Crown Jewel, but he was backstage. According to a report by WrestlingNews.Co, Ambrose was there since he accompanied Renee Young on her trip to Saudi Arabia. Ambrose also did interviews with the Saudi media during his stay.

Young, who provided color commentary during the Crown Jewel pay-per-view broadcast, was given special travel arrangements and accommodations while in Saudi Arabia. Young and Ambrose traveled separately from the rest of the WWE roster.

The report also suggests that while some WWE stars were hesitant to make the trip to Saudi Arabia, the Saudi people were very accommodating and went out of their way to be kind to them.

– Two of the greatest amateur wrestlers in WWE history collided at WWE Crown Jewel in a technical wrestling dream match. And although Kurt Angle took Dolph Ziggler to the limit, “The Showoff” advanced to the Semifinals of the WWE World Cup Tournament to determine the best in the world.

Earlier today, Angle took to Instagram to comment on his first singles match in WWE in 12 years.

It felt great getting into the ring for my first singles match in WWE in 12 years. I’m disappointed I lost, but Dolph Ziggler is a very, very tough and talented competitor. #worldcup #wwe #itstrue

Prior to Crown Jewel, Angle had not wrestled a singles match for WWE since August 14, 2006, in a victory over Danny Doring at an ECW brand house show. Not including ECW, his last singles match at a WWE event took place at WWE Vengeance on June 25, 2006, in a loss to Randy Orton.