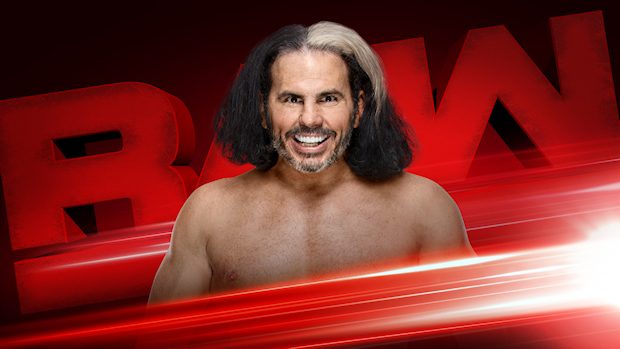 – For the first time since his “Woken” transformation, Matt Hardy will compete on Monday Night Raw tonight.

In this WWE.com exclusive video, Hardy cuts a promo hyping his “Woken” in-ring debut on tonight’s Raw from Memphis, Tennessee. He does not say, however, who he will be facing.

– Last Thursday, Finn Balor sent out a tweet saying that he was a getting a bunch of electric shocks and didn’t know how “The Most Electrifying Man in All of Sports Entertainment” could deal with that every day.

I have received more than 20 static electric shocks today… can’t imagine how @TheRock makes it through the day! #MostElectrifyingMan

On Saturday, Dwayne “The Rock” Johnson responded with the following:

– Paige, Mandy Rose, and Sonya Deville are featured in the latest edition of Canvas 2 Canvas.