Would Roman Reigns Have Beaten Seth Rollins At Survivor Series To Win The World Heavyweight Championship? 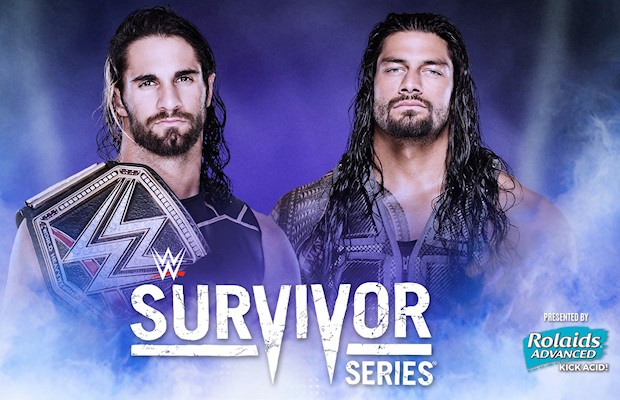 Prior to Seth Rollins suffering a debilitating knee injury at a WWE live event in Dublin, Ireland on Thursday, plans called for “The Architect” of The Shield to lose his WWE World Heavyweight Championship to Roman Reigns, according to PWInsider.com.

As WWE reported this past Thursday, Rollins suffered a torn ACL, MCL, and medial meniscus in his knee during a live event match against Kane in Dublin, Ireland. Due to the injury, Rollins was forced to vacate his title, putting an end to his 220-day reign as WWE World Heavyweight Champion. His estimated recovery time is six to nine months, which puts him out of Wrestlemania 32.

Before this injury, Rollins was set to defend his title against Reigns at Survivor Series. The injury will obviously not permit him to defend his title, but going into the event, PWInsider.com says the plan was for Rollins to eventually drop the championship to Reigns.

“I don’t know if he’s going to win the tournament, because they got to get a heel hot,” he said.

Many fans are referencing the 1998 Survivor Series as a possible comparison to what this year’s event could be. At the event, WWE — then known as the World Wrestling Federation — hosted a bracket-style, single-elimination tournament to crown a new WWF Champion. The tournament included 14 Superstars, all fighting for the vacant title.

After competing in four different matches on the show, The Rock walked out of St.Louis, Missouri as WWF Champion for the first time in his career. The interesting part of that finish was The Rock aligning himself with Vince and Shane McMahon, two of the most prominent bad guys in the company at that point, much to the surprise of the audience.

Fast-forward 17 years later, Reigns is in a similar situation to his cousin. He’s a top good guy within the WWE, but has somewhat floundered since his Wrestlemania 31 main event versus Brock Lesnar. Arguably, the only meaningful feud that Reigns had since then was against Bray Wyatt throughout the summer and fall of this year. The rivalry saw its crescendo at last month’s Hell in a Cell event, in which Reigns defeated Wyatt inside the Hell in a Cell structure.

Now, with Rollins on the shelf for at least half a year, WWE is without it’s most potent heel. On television, The Authority is now without its self-proclaimed “Future of WWE.” That leaves an opening at the top for a new villain on WWE television, much like how there was an opening in 1998 for The Rock to become the corporate champion, paving the way for his surefire Hall of Fame career.

While WWE is currently in a state of influx due to Rollins’ injury, Reigns is the odds-on-favorite to be the next WWE World Heavyweight Champion.