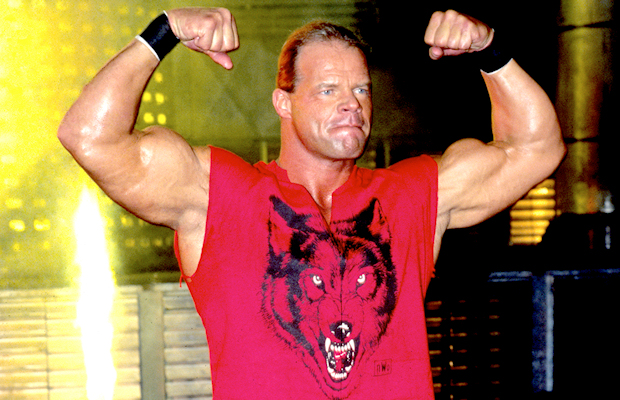 – WWE will be celebrating the 20th anniversary of WCW Nitro this week with “Nitro Week” on the WWE Network. The following line-up was announced:

Celebrate the legacy of WCW Nitro and revisit some of the most unforgettable moments that helped shape the landscape of sports-entertainment during Nitro Week, only on WWE Network. Tonight after Raw, catch the WWE Network series premiere of Legends with JBL.

Legends with JBL: Eric Bischoff Part 1 – Tonight after Raw
Legends with JBL is a revealing talk show where the former WWE Champion presses the biggest and most influential names in WWE on the most controversial topics in sports-entertainment history. Join John Bradshaw Layfield in the premiere episode as he gets the honest truth from former WCW President Eric Bischoff.

Monday Nitro: Top 10 – Tuesday at 10/9 C
Diamond Dallas Page hosts this very special countdown of the Top 10 Nitro moments of all-time. From its humble beginnings at the Mall of American, to an epic championship match at the Georgia Dome, and everything in between, this countdown features memorable matches and shocking moments with the biggest Superstars of the era, including Sting, Goldberg, Randy Savage, Kevin Nash, Scott Hall, Chris Jericho and many more.

Eric Bischoff’s Top 10 Moments – Wednesday at 10/9 C
He’s back! Whether it’s crashing a wedding, joining the New World Order, or challenging Mr. McMahon to a fight, Eric Bischoff has no shortage of controversial moments. Count down the ten most infamous highlights of his career as told by the man himself. Eric Bischoff gives the backstage scoop on the matches and moments that defined his polarizing legacy in sports entertainment.

Legends with JBL: Eric Bischoff Part 2 – Thursday after SmackDown
Part 2 of JBL’s hard-hitting interview with Eric Bischoff continues as the former WCW President discusses the fall of WCW, his shocking debut in WWE and his future.

100 new hours of WCW Nitro episodes – Available on demand now
The next chapter of WCW’s Monday Nitro has arrived exclusively on WWE Network on demand. Relive all the action and excitement from WCW’s banner year during the escalating Monday Night War including NWO’s continuing hostile takeover, Sting’s quest to avenge WCW, the rise of Goldberg’s undefeated streak and much more.