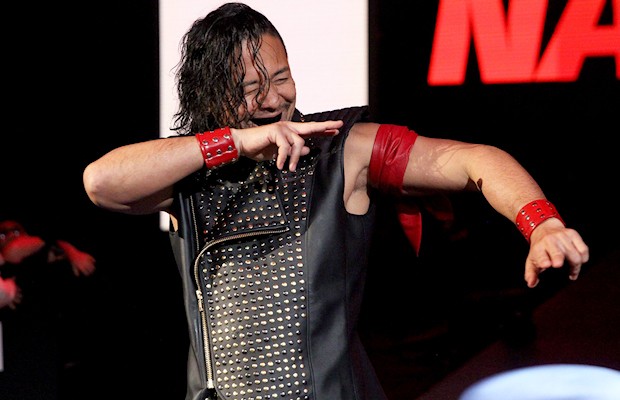 – As noted, WWE NXT Superstar Shinsuke Nakamura is using the same finisher he used in Japan but it’s been changed from the Bomaye to the Kinshasa. The name change was made because a US clothing company already has “Bomaye” trademarked.

– Before WWE started rolling out their new Tapout gear, they had a business casual dress code for when talents were on tour but now the dress code is business casual or Tapout brand athletic apparel. Talents wearing Tapout apparel is seen as promoting a product that the company partially owns. This is probably a benefit to the wrestlers. We saw on social media during WrestleMania 32 Week that the roster received new shipments of Tapout gear.