WWE Interested In Three TNA Stars For The Brand Split 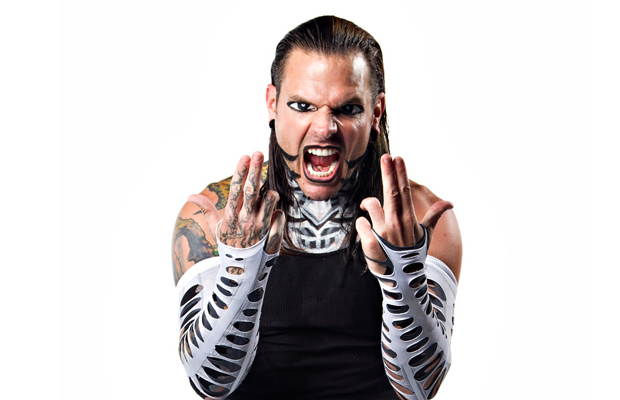 Rumors are running rampant that WWE has interest in bringing back names from the past to help bolster the roster depth with the impending brand extension. Some of the names WWE has its eye on are in TNA, which features a slew of wrestlers who were once under contract to the sports-entertainment organization.

Among the names WWE is interested in are Jeff Hardy, Bobby Lashley and Drew Galloway.

Hardy, who last appeared for WWE in 2009, said in an interview earlier this month with Sports Illustrated that he would love to end his career with a Hell in a Cell Match at WrestleMania.

Hardy said he was inspired by what he saw from Shane McMahon during his Hell in a Cell bout at WrestleMania 32 against The Undertaker, but the former ladder match specialist says he thinks he could do better.

“Watching Shane, I knew I could top that. Every time I watched Shane, I was inspired to do something better.” he said.

Lashley left WWE in 2008 after a falling out with the company, but all that seems to be water under the bridge now as he would be open to a return.

“I don’t even know that Bellator would allow me to do WWE (laughs). I’m always open to anything. Whatever makes sense for myself, my family,” he said last November when asked if he would return to WWE. “There’s no secret I love professional wrestling. It’s not just the money all the time, I love wrestling, and I love fighting. I know I can wrestle a lot longer than I can fight. In fighting, I just have a few more years left. In wrestling, I might have 5, 10, 15 years left, who knows? I leave my options open?”

Amidst zero fanfare, WWE released Galloway on June 12, 2014. However, he has refused to become bitter.

“Why would I ever be bitter and negative and focus on the past? If you’re going to be negative, then negative crap is going to happen to you, so I needed to look to the future and make things happen,” he said in an interview earlier this year with Sports Illustrated. “I know this business better than most people, and I’m extremely passionate about it. I knew that I could make this work. I decided to put myself out there as a person, and this time–rather than playing somebody–I was going to succeed on my own merit or fail on my merit, and that was on me. That’s all I ever wanted–to go out as myself and have the success or failure fall on me.”

Meanwhile, Dave Meltzer revealed Sunday on Wrestling Observer Radio that Carlito, MVP and Stevie Richards have all been contacted about returning. He didn’t want to mention any other names, but did say that “everyone that’s available is getting at least inquiries.”