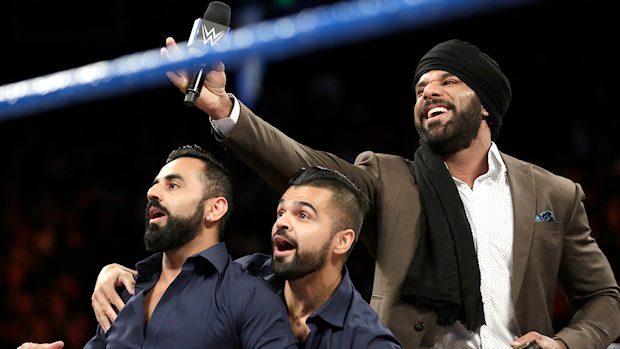 A story by Marissa Payne at The Washington Post called “WWE has dealt with racism before, but a scripted rant has fans chanting ‘that’s too far!’” includes quotes from people in attendance and tweets from television viewers angered by the scene. It includes an interview with Dave Meltzer of Wrestling Observer Newsletter, who provides context on the business’ historic use of foreign heels while discussing how the promo failed as a fictional device.

Payne reached out to WWE for comment, and was sent this:

“Just like many other TV shows or movies, WWE creates programming with fictional personalities that cover real world issues and sensitive subjects.

As a producer of such TV shows, WWE Corporate is committed to embracing and celebrating individuals from all backgrounds as demonstrated by the diversity of our employees, performers and fans worldwide.”

At the end of the article, Payne points out how similar that statement is to the one issued when Hulk Hogan got fired two years ago for racial slurs.

“WWE terminated its contract with Terry Bollea (aka Hulk Hogan). WWE is committed to embracing and celebrating individuals from all backgrounds as demonstrated by the diversity of our employees, performers and fans worldwide.”