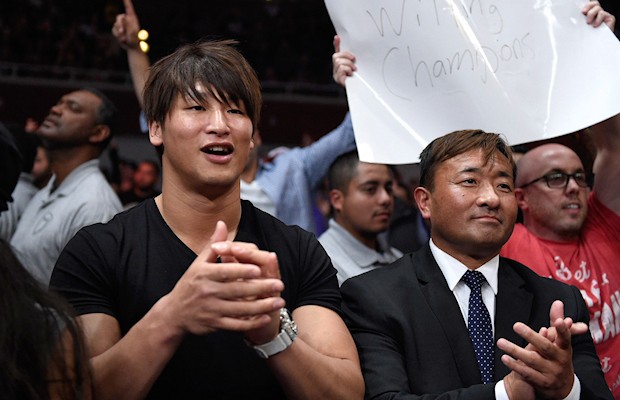 – Bayley Superfan Izzy and her parents were in the crowd for WWE NXT “Takeover: Dallas” and had a WWE cameraman shooting them. After Bayley lost the title to Asuka, Izzy started crying and tried to run to the ring but her parents stopped her. The family then left their seats, according to fans in attendance.

– WWE posted the following on top Japanese star Kota Ibushi attending Takeover. As noted, the rumor is that Ibushi will work the WWE Global Cruiserweight Series this summer but they’re also teasing him for NXT.

NXT TakeOver: Dallas had no shortage of action inside the ring, but there also was plenty of intrigue beyond the ropes. During the live WWE Network event, Kota Ibushi was seen sitting amongst the capacity crowd of NXT fans. Is the Japanese Superstar the next highly-acclaimed competitor to bring his talents to NXT? Let the speculation begin.

The decorated grappler could have been taking in another action-packed NXT TakeOver, like the thousands of other fans in attendance at the Kay Bailey Hutchison Convention Center. However, there’s also the possibility that he’s scouting his future competition. If it’s indeed the latter, who in NXT might Ibushi have his sights set on? Does the man they call “Golden Star” have plans to enter his name into the recently announced Global Cruiserweight Series? What dream matchups could be in store for Ibushi?

We felt you all with us tonight.

We did this TOGETHER.

This is what we worked so hard for! Countless hours of training, blood, sweat, and tears! FINALLY!!! pic.twitter.com/8ddY792j3E