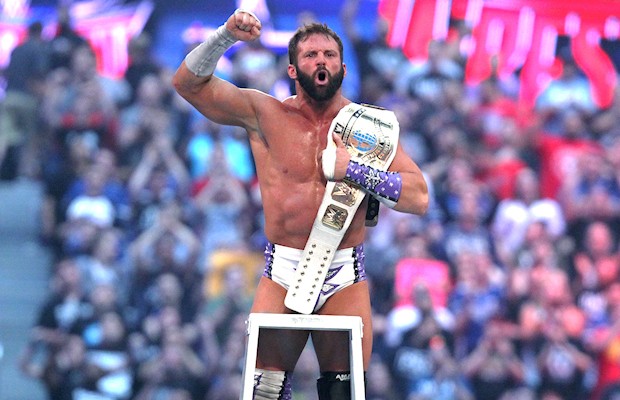 – WWE posted this video with new WWE Intercontinental Champion Zack Ryder reacting to his big win at WrestleMania 32. The reporter mentions how the backstage area exploded when they saw Ryder won the title. Ryder is later greeted by WWE Hall of Famer Scott Hall, who congratulates him.

– As noted, there were issues with fans entering AT&T Stadium for WrestleMania 32 on Sunday. Fans were left in line for hours, with rumors of WiFi problems causing ticket scanning delays, which led to many empty seats for a good part of the Kickoff pre-show. WWE issued this statement in response to the issues, saying they had increased security measures in place that led to the delays:

“To ensure the safety of WWE fans, increased security measures were put in place tonight. We apologize that it may have taken some fans longer than usual to get into AT&T Stadium.”

– Sasha Banks tweeted the following after she and Becky Lynch lost the WWE Women’s Title Triple Threat to Charlotte at WrestleMania: