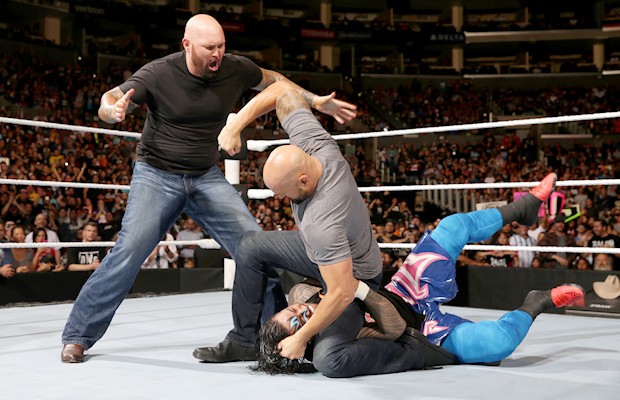 – WWE has a new poll asking who has the best fashion sense – Chris Jericho for his blazer with no shirt and scarf, Dean Ambrose for his leather jacket and jeans, Cesaro for his tear-away suit, Enzo Amore for his gold chains and leopard print, Goldust for his gold and black latex, The Miz for his “A-list sleek” look, Tyler Breeze for his feather boas and fur or Erick Rowan for his sleeveless mechanic’s onesie. As of this writing 42% voted for Ambrose while 20% went with Cesaro, 14% voted for Enzo and Jericho tied with The Miz at 8%.

– WWE posted this video looking at Doc Gallows and Karl Anderson, who made their debuts last week on RAW by beating The Usos down. The video acknowledges their past in The Bullet Club with WWE NXT Champion Finn Balor and AJ Styles. It also looks like they’re keeping the “Magic Killer” name for their finisher.

Still reeling from @WWE #RAW? Here's everything YOU need to know about Luke Gallows and Karl Anderson!https://t.co/W4b405oyr9