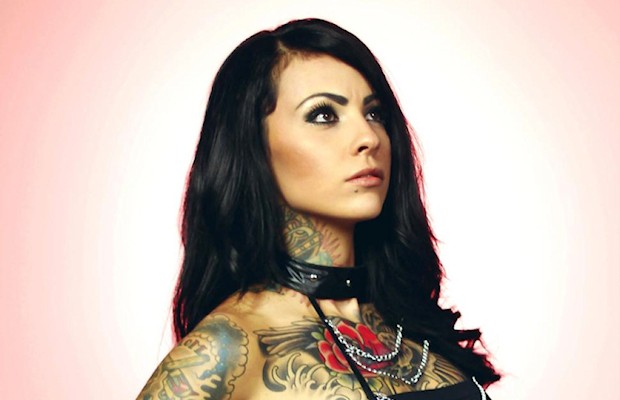 – We noted earlier that WWE NXT Diva Zahra Schreiber was trending worldwide due to her new “brother – sister” team with NXT Superstar Solomon Crowe but there’s another reason she’s trending – some Instagram posts she made in 2012, that have since been deleted, resurfaced after they were found by fans. Some fans even tweeted them to Triple H and asked for his thoughts.

It should be noted that the swastika was a symbol long before the Nazis used it in Germany. The Nazi swastika was also tilted while the swastika seen in the photo of Zahra’s room is straight, like the swastika used in Buddhism and other religions. Below are screenshots of the posts uncovered and some of her replies to fans in regards to the bedroom photo: * it’s really not anyone’s business anyway. I can post whatever photos I want, if you don’t like them my feelings won’t be hurt if you unfollow.

* thanks! I am in love with the photo of maria magdalena!

* there are lots of cool photos on eBay.

* haha it’s not a big deal! I can hang whatever photos I want in MY room or MY instagram. Just like she can post all over her networking sites how she thinks women who are prolife are idiots. We all have our own opinions and lifestyles. I don’t comment on hers so I expect the same.

* The swastika means prosperity and luck. It was around way before hitler turned it into an icon. Take it how you want I could careless. This is too funny.

* Believed what way? Lol one of my best friends back home is black and another is married to a black man. I dislike people for their actions not their race. If it happens to be a black, Asian or white person so be it. Mind your business. I’m not all on your shit for things you say that I have no respect for.

* I said that referring to her saying the swastika symbol deserves to be spat on. It has other meanings also. Fuck off. I’ll take interest anything I want. If you look next to it is a photo of an actress who refused nazism and was awarded right to America. I’ll put whatever i want on wall. Get the fuck over it.

* me too esp over something so stupid. People need to lighten up and get the sticks outta their ass.