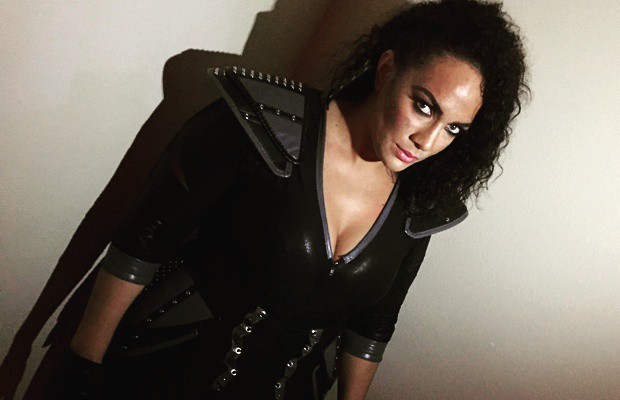 – This Fallout video from tonight’s WWE SmackDown features King Barrett reacts to his win over Neville:

– We noted before that Sasha Banks apologized to Bayley Superfan Izzy after the show for making her cry during the Iron Man Match at WWE NXT “Takeover: Respect” on Wednesday night. Izzy has become very popular in the NXT arena, which is why fans booed Sasha for taunting her at Takeover. Izzy brought this sign for Sasha to tonight’s tapings but she did not work them:

– As noted, The Rock’s cousin Nia Jax will make her NXT TV debut on next Wednesday’s episode against indie wrestler Evie. Below is a photo of Nia’s updated look: