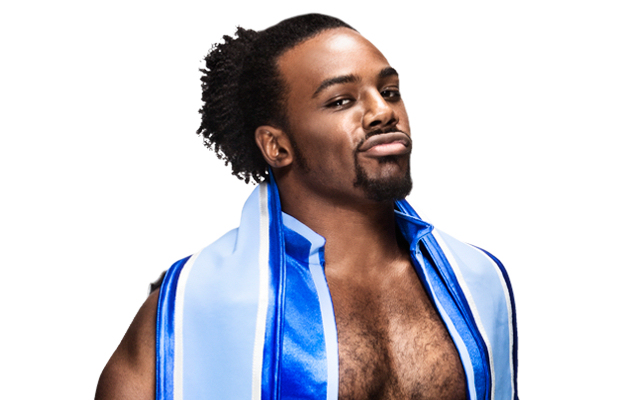 – We noted earlier that Xavier Woods had launched a new “UpUpDownDown” YouTube gaming channel but now it appears WWE is also in on the project. They announced the following:

STAMFORD, CONN. – June 16, 2015 – WWE today launched UpUpDownDown, a new YouTube channel focusing on the world of video gaming, hosted by WWE Superstar and avid gamer, Xavier Woods®. Woods, also known to online players by his handle “Austin Creed,” will be joined by YouTube celebrities, WWE Superstars and video game editors who will star in daily programming about everything in the world of gaming – from current hits like “WWE 2K15” and “The Witcher” to classic series like “FIFA” and “Grand Theft Auto.”

“By leveraging WWE’s massive influence on YouTube and tapping into a content vertical that scores highly among our fans, we’re poised to make an immediate impact with this new channel,” said Lisa Fox, WWE Executive Vice President, Content. “We’re confident that UpUpDownDown will entertain not only WWE fans, but gamers everywhere.”

WWE has a powerful presence on YouTube, having served more than 5 billion video views in the last 12 months and boasting more than 6.4 million subscribers, making it the No. 1 Sports channel on the platform ahead of the NBA, MLB, NFL, NHL, ESPN and NASCAR.

Programming for UpUpDownDown will include:

• For the Lolz (Wednesdays) – Woods and others explore the vast worlds of popular sandbox games like Grand Theft Auto V, where just about anything and everything can happen.

• Jump Scares (Fridays) – Delving deep into the horror genre, players push their intestinal fortitude to the limit by creeping through the industry’s most bloodcurdling games.

• Superstar Savepoint (Saturdays) – Guests are tasked with jumping into a random game totally “cold,” and must help lead Woods to gaming glory in this unpredictable co-op experiment.

• Gamer Gauntlet (Sundays) – Woods and friends challenge each other for more than gaming bragging rights, with losers suffering pre-determined penalties.