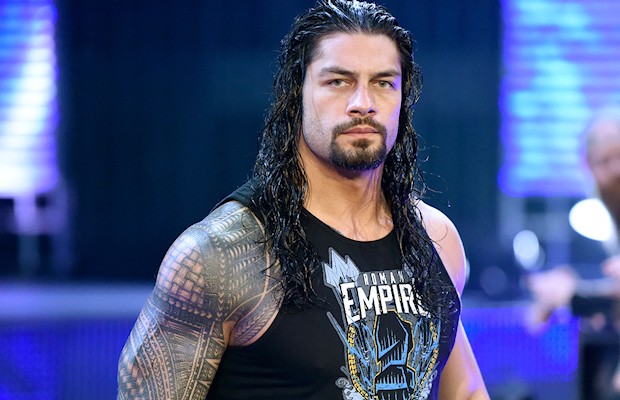 We’re less than one week away from Roman Reigns challenging Triple H for the WWE World Heavyweight Championship at WrestleMania 32 at AT&T Stadium in Arlington, Texas. It’s expected he’ll be crowned the new flag bearer of WWE. It’s also expected the crowd, not unlike last year’s big event, will boo him in favor of his opponent.

He was asked about the reaction he gets in a recent interview with the Kingston Whig-Standard and had this to say about it:

“It’s a tough one because there is no one answer. There is no one reason why someone would want to boo me. Maybe they don’t like what I wear, how I sound, maybe I did something to offend them, but for me, it’s hard because I’m under the microscope and I’m dealing with a lot of different things and there’s a lot of things flying my way. For me, I can only continue to stay within myself and worry about the things I can control and the things I can control are, Am I healthy?; Am I showing up to where I need to be on time?; Am I here to perform and do my job? If I do that, then our fans, they can cheer me, they can boo me, as long as we all show up to the arena, everything will be fine. We’ll be able to create that awesome experience, create that energy. As for the reasons why these things happen, I don’t know. I do know I have a lot of supporters. These people have my back. There’s nothing that anybody can say negatively to me that will make me believe you are correct. It’s just your opinions. I’m an ex-football player, so I’ve been in a home environment, I’ve played in an away environment. As long as I know the supporters are still by me, even if they’re not in the arena, I hear them on social media and I know they’re out there. If you’re riding with me, it’s going to be a good ride. If you’re going against me, we’re sorry for what’s going to happen next.”

At last week’s Raw in Philadelphia, WWE officials were taken by surprise by the fan reaction towards Reigns, or lack thereof. They were expecting him to be loudly booed, but the audience was mostly apathetic.