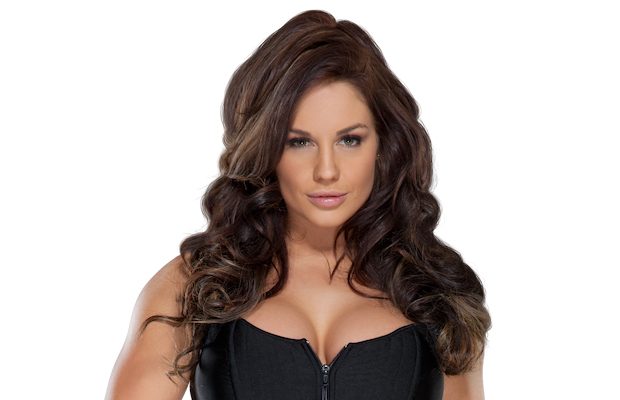 Could Kaitlyn be returning to WWE?

According to the latest issue of the Wrestling Observer Newsletter, there has been talk among WWE officials about bringing the 30-year-old one-time Divas Champion back.

Last Saturday, Kaitlyn posted some photos of her training at the Main Event Training Center in Fort Lauderdale, Florida and mentioned it was the first time she’s been in the ring in four years — she last wrestled in January 2014.

Holy fuck. I haven't sweat this much in a long time. I spent the morning training at #maineventtrainingcenter with @pablomarquez94 and his crew. A huge thanks to everyone for putting up with my rusty ass. I haven't wrestled in 4 years. I forgot how fun/exhausting it is. #mainevent #prowrestling #imold #andoutofshape @coastalchampionshipwrestling

Kaitlyn, real name Celeste Bonin, started out as a fitness model. In 2007, she won the National Physique Committee (NPC) John Sherman Classic Bodybuilding Figure and Fitness Championship and came in fifth at the Arnold Classic in the NPC Figure Class D competition.

In July 2010, Bonin signed a developmental contract with WWE without having wrestled a single match. Later that year, she competed in and won the all-female third season of NXT, thus earning a spot on the main roster. She won the Divas Championship in January 2013 and held the title for five months before retiring in January 2014.

Bonin married fellow bodybuilder PJ Braun on June 20, 2014. On February 27, 2017, she announced that she was splitting from her husband.

Surround yourself with likeminded people. Associate yourself with people that lift you up. Strong women empower each other. They don't tear each other down. I've laughed, cried, bled and triumphed with these women and it created an unbreakable bond. No matter how much time goes by, we always pick right back up. I'm so proud to see them doing big things, breaking molds and forging paths. Here's to the ever evolving world of women's wrestling. Yes, I'm smelling T's hair. That was always my favorite part of the Samoan Drop. She has the best smelling hair in the industry. @natbynature @trinity_fatu @saronasnuka #strongwomen #WWE #womenruntheworld #womenswrestling #loveyou #divas

Such a nice surprise running into @celestebonin tonight in Miami!!! We all loved seeing you, Celeste! 🖤😽