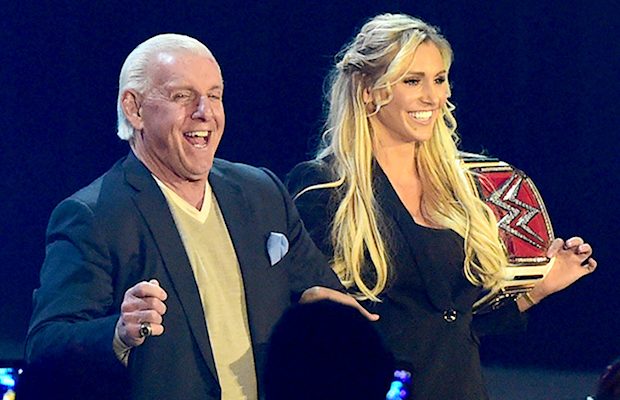 – Below is a preview for tonight’s WWE Story Time with Charlotte Flair telling a story about WWE Hall of Famer Ric Flair getting upset at a security guard:

– As noted, Paige’s WWE Wellness Policy suspension ended on Friday and there had been speculation that she may be brought back to the road for Total Divas filming or non-wrestling appearances. She did have neck surgery back in October and likely won’t be wrestling soon. PWInsider reports that despite the suspension ending, she is not booked to return to the road this week.

– JBL had this Twitter exchange with a fan who asked if he thinks WWE Hall of Famer and President-elect Donald Trump would have appointed Linda McMahon as head of his Small Business Administration if it weren’t for the several million dollars in donations she made.

@JCLayfield do you feel she would have been appointed w/o the financial contributions made to PEOTUS?

I think @Linda_McMahon was appointed because she took a small business and turned it into a global conglomerate. This is my choice also. https://t.co/Q0YDbpHb7F