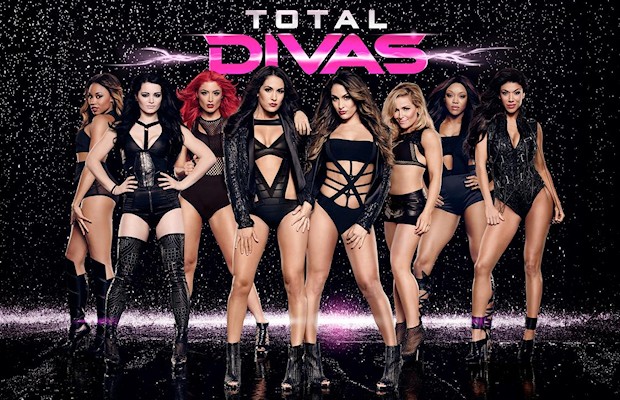 – E! has issued the following promotional material for WWE Total Divas, revealing that the show is moving to Tuesday nights. It also confirms that Naomi is back while Cameron and Rosa Mendes are no longer regular cast members.

Returning in its fourth season, E!, WWE®and Bunim-Murray Productions continue their look inside the lives of the women of the sports entertainment giant. Cameras once again showcase the professional and personal lives of the WWE Divas: The Bella Twins™(Nikki and Brie Bella), Natalya™ (Nattie), Naomi™, Alicia Fox™, Paige™, and Eva Marie™.

Between balancing family, maintaining romantic relationships and constantly fighting for the spotlight, the Divas are up against the odds. However, their unique lifestyles bring them together in a bond of sisterhood like no other.

WWE will now have two hours of programming each Tuesdays night with the return of WWE Tough Enough next month.

Related Items
← Previous Story Former WWE Superstar Calls On Other Wrestlers to Join His Class Action Lawsuit Against WWE
Next Story → Spoilers: WWE NXT TV Tapings for May and June 2015