Team Hell No’s return took a disappointing turn on Sunday night at WWE Extreme Rules and it began well before their SmackDown Tag Team Championship Match against The Bludgeon Brothers.

Prior to the title bout, Harper and Rowan took Kane out with a vicious backstage assault that saw the two behemoths brutalize “The Big Red Machine”‘s ankle, leaving Daniel Bryan at the same two-on-one disadvantage that had brought his partner back to his side in the first place.

Kane eventually emerged in a walking boot to offer whatever help he could, but it wasn’t enough. The match ended with Rowan shoving Bryan into Kane before finishing off Bryan with the top-rope clothesline-powerbomb combo.

Following the show, WWE announced that Kane suffered a broken ankle as a result of the attack.

At WWE Extreme Rules, Kane suffered an injury at the hands of The Bludgeon Brothers. Despite returning to action to help his Team Hell No tag team partner Daniel Bryan, X-rays taken on The Devil’s Favorite Demon later revealed that he has suffered a broken ankle.

WWE ran the angle to cover up a legitimate injury to Kane’s left foot. According to PWInsider, Kane actually suffered an injury to his Achilles tendon on last week’s episode of SmackDown LIVE.

At the start of the show, a brawl broke out between Team Hell No, The Bludgeon Brothers, SAnitY and The New Day on “Miz TV.”

SmackDown LIVE General Manager Paige then made a 10-Man Tag Team Match where Team Hell No and The New Day beat The Bludgeon Brothers and SAnitY.

The extent of his injury still isn’t known. Even if the injury turns out to be minor, Kane isn’t expected back on WWE television anytime soon since he’s getting ready to make the final push on his campaign to become the Mayor of Knox County, Tennessee this fall.

As a result of the injury, Kane has to legitimately wear a walking boot. Last Thursday, Knox County, Tennessee Mayor Tim Burchett declared the day Rusev Day at an auction attended by Rusev, as well as Kane. At the event, Kane was seen limping around and wearing a walking boot.

Great time tonight at @PowellAuction! Thanks to everyone who attended and helped out! And thanks to @timburchett for declaring it #RusevDay in Knox County! pic.twitter.com/rfgH9QpZp4 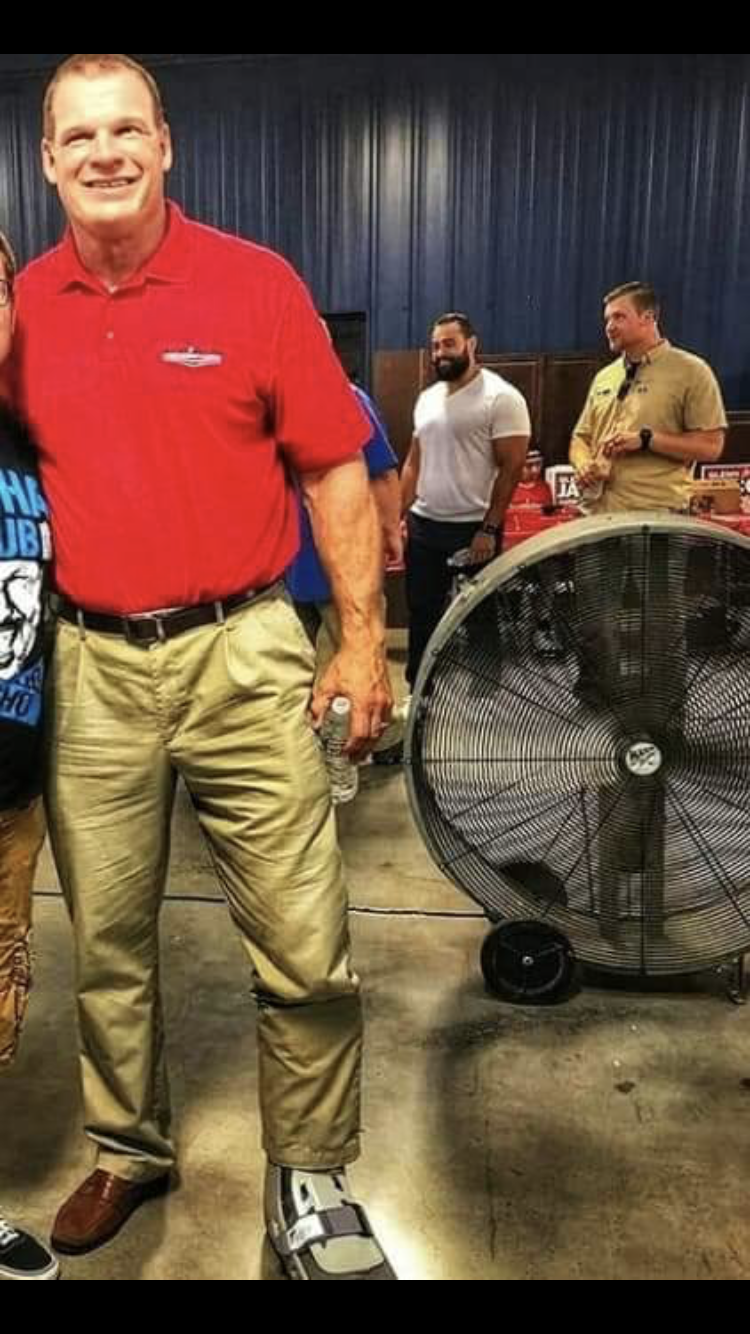 At the event, a fan asked Kane about his injured foot and he claimed that it wasn’t wrestling related. Kane also said that he would be fine for his match at Extreme Rules. As it turns out, Kane was “working” the fan.