– In the video below, Sonjay Dutt talks to Title Match Wrestling about recently facing AJ Styles and working for Global Force Wrestling. Dutt also comments on how he would fare in WWE NXT, saying he would mesh well and be right in the thick of things if he were brought in.

– WWE recently registered to trademark the term “Apollo Nation” which looks to be for the former Uhaa Nation, who will make his debut at NXT “Takeover: Brooklyn” as Apollo Crews.

– WWE Hall of Famer Roddy Piper is featured in a new graphic novel titled “Roddy Piper: Monster Killer” that was done before his death by Grindhouse Comics. The comic is now available on Amazon. Below is the description and the artwork:

“Rowdy Roddy Piper is a man of many talents – wrestler, storyteller, monster killer. Get the real scoop about Rod’s life, his mission, and the way he’s been secretly saving humanity for the past 30 years. Wrestling gave him the cover, but Rod’s real job isn’t something he chose – it was handed down to him by his ancestors, and now it’s time for Rod to pass it along to his son, Colt, who thinks Rod abandoned him, and who wants nothing to do with him. With a cover by renowned artist Joe Jusko, incredible interior art and a story you can’t put down, this graphic novel is sure to be a collector’s item for generations.” 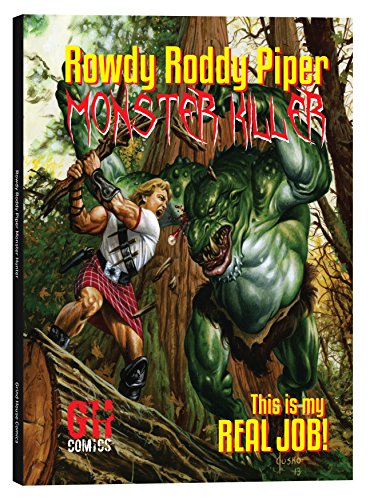